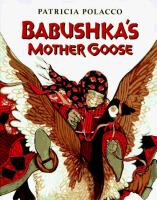 All eyes have been riveted on Ukraine and Russia in these tense days. An author who has long used the beautiful colors and designs of Eastern Europe in her stories is Patricia Polacco. Patricia Polacco published her first children’s book in 1988 at the age of 41 and has subsequently written and illustrated over 100 titles. Many of her stories are inspired by her own life and the lives of her family. Polacco grew up on a farm in Michigan sharing close relationships with her grandparents who were immigrants from Georgia, Ukraine, Russia and Ireland. She draws heavily on her heritage for her warm stories of family love. As a young person, she struggled to learn to read and was ultimately diagnosed with dyslexia. While reading was a challenge, she found she could express herself more clearly in art. Polacco’s art is loose and translucent and full of emotion. Polacco, who is 77, is currently working on a new book celebrating the joy of a large family meal. Look for these titles which particularly feature Eastern European/Russian/Ukrainian themes and design.

*Titles published prior to the dissolution of the Soviet Union and may not represent individual Eastern European countries as independent.