Home > Racial Equity Resources > Videos and Music
Back to top

Eyes on the Prize DVD

This is the definitive multi-part documentary on the civil rights movement. Across multiple discs the episodes include:

Awakenings (1954-1956) : Covers two events that helped to focus the nation's attention on the rights of black Americans: the 1955 lynching in Mississippi of 14-year-old Emmett Till and the 1955-56 Montgomery, Ala. boycott. Also shows southern race relations at mid-century and witnesses the awakening of individuals to their own courage and power.

Fighting back (1957-1962) : Covers stories detailing the confrontation between state and federal governments over enforcement of the law of equality, which marked an escalation in the struggle for civil rights from which there was no turning back.

Mississippi : is this America ? (1962-1964) : Focuses on the right to vote. Tells how the black citizens who had been denied the right to vote stepped forward and demanded a place in the political process. Medgar Evers, Michael Schwerner, Andrew Goodman, James Chaney, and others, died trying to help them. Shows the formation of the Mississippi Freedom Democratic Party to challenge the 1964 Democratic Party Convention.

Bridge to freedom (1965) : When civil rights protesters marching from Selma to Montgomery, Alabama were assaulted by police, national outrage over the brutality led to President Johnson providing the protection of federal troops, and ultimately to the Voting Rights Act of 1965.

Power! (1966-1968) : Across America, the call for "Black Power" mobilizes communities for change in strikingly different ways as told through the perspectives of Black Panther Party members, teachers, and politicians.

When a bomb tore through the basement of a black Baptist church on September 15th, 1963, it took the lives of four young girls: Denise McNair, Carole Robertson, Cynthia Wesley and Addie Mae Collins. This racially motivated crime took place at a time when the civil rights movement was burning with a new flame, and as such it fueled a nation's outrage and brought Birmingham, Alabama to the forefront of America's conciousness.

An information-packed film about race, our broken justice system and the effects of mass incarceration. DuVernay's film is based heavily on Michelle Alexander's book “The New Jim Crow." Both demonstrate that our criminal justice system is an extension of slavery and Jim Crow laws and as such are a racialized system of control. Usually only available with a Netflix subscription, in April 2020 Netflix put the full film on YouTube for free as an aid to educators. Unfortunately, this film has never been available to buy on DVD or Blu-ray (which is why the library does not own it.)

The African Americans: Many Rivers to Cross

Explore with Professor Henry Louis Gates, Jr. the evolution of the African-American people, as well as the multiplicity of cultural institutions, political strategies and religious and social perspectives they developed.

During the 1980s and early 1990s, thousands of angry citizens of Wisconsin descended upon northern Wisconsin boat landings to protest Ojibwe Indian treaty rights- specifically spearfishing for walleye pike. In this DVD produced in 2010, both a short history of that 'perfect storm' of economic, environmental and cultural factors that were in play at the time, and explores what has changed since.

Recorded in 1991, but still recommended today, in this video of Bill Moyers explores the many faces of hate: racism, anti-Semitism, homophobia, sectarianism, domestic violence. He seeks answers to various questions: do we really understand its roots? Are there practical ways to cope with it? What is hate doing to us? What does hate do for us? Bill Moyers seeks to answer these questions. His search takes him around the world where he talks to people such as Elie Wiesel, Nelson Mandela, Jimmy Carter, Myrlie Evers-Williams, Vaclav Havel and others.

Birth of a White Nation

At just over 30 minutes, Jacqueline Battalora, a white former police officer now Professor of Sociology, breaks down how "white people did not exist before 1681" via a lecture with slides on the beginnings of America and its associated socioeconomic ladder and social life at the time.

Cracking the Codes: the System of Racial Inequity

This film includes many moving stories from racial justice leaders including Amer Ahmend, Michael Benitez, Barbie-Danielle DeCarlo, Joy DeGruy, Ericka Huggins, Humaira Jackson, Yuko Kodama, Peggy McIntosh, Rinku Sen, Tilman Smith and Tim Wise. Many of the stories included here have been shared widely on social media in the last few years- this is the original film that weaves those clips together and taken together are intended to deepen the conversation on race.

Frontline correspondent and Harvard scholar Henry Louis Gates, Jr. examines the widening gap between the upper and lower classes of black America while exploring just how we could simultaneously have the largest black middleclass and largest black underclass in the history of the United States. By intertwining his own life story against that of young African Americans coming of age in the early 21st Century, Gates compares the choices that he was faced with as a young man against the choices that the youth of today are faced with.

Harvest of Empire: the Untold Story of Latinos in America

This film explores the causes and consequences of the current American justice system on marginalized communities, focusing the various kinds of trauma: personal, interpersonal, community, and generational. It also addresses the school-to-prison pipeline, the need for comprehensive criminal justice reform, and the importance of healing and restorative practices.  It is designed to lead to dialogue.

The House I Live In

For over 40 years, the War on Drugs has accounted for more than 45 million arrests, made America the world's largest jailer, and damaged poor communities. Yet for all that, drugs are cheaper, purer, and more available today than ever before. Filmed in more than 20 states, it captures heart-wrenching stories from individuals at all levels, the dealer to grieving mother, the narcotics officer to the senator, the inmate to the federal judge. Reveals its profound human rights implications.

I Am Not Your Negro

This 50 minute film looks at the issues of racism, stereotypes, minority representation and the powerful effects of mass-media imagery. This moving, award-winning film was the first of its kind to take on the question of 'what's wrong with American Indian mascots?' Made in 1997, In Whose Honor? takes a critical look at the long-running practice of 'honoring' American Indians as mascots and nicknames in sports. It follows the story of Native American mother Charlene Teters, and her transformation into a leader of a movement as she struggles to protect her cultural symbols and identity. 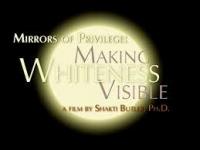 This film was created to help organizations bridge the gap between good intentions and meaningful change. First person stories from white men and women on overcoming issues of unconscious bias and entitlement show what is required of individuals to move through the stages of denial, defensiveness, guilt, fear, and shame into making a solid commitment to ending racial injustice.  Features stories from: Tim Wise, Joe Fahey, Peggy V. McIntosh, Marguerite Parks, Gary Howard and many more. 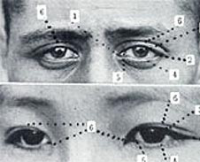 Race: The Power of an Illusion

Originally airing on PBS, this DVD contains three episodes. Episode one explores how contemporary scientific discoveries have toppled the concept of biological race. Episode two questions the belief that the concept of race has always been with us, and traces the concept to the European conquest of the Americas. Episode three focuses on how our institutions shape and create race. Additional resources for self-study or classroom use are available at the website of series producer California Newsreel.

Slavery By Another Name

Based on a Pulitzer Prize winning book by Douglas Blackmon called Slavery by Another Name: the Re-enslavement of Black Americans in America from the Civil War to World War II. The program undertakes a historical approach- beginning during the period of Reconstruction, with the U.S. on the brink of economic failure. Instead of being a period of African American social and political ascendancy, Southern States resorted to underhanded tactics to preserve the status quo - such as debtors' peonage, convicts leased to private businesses, and forced convict labor in operations run by the state. In the program, Pollard leads the audience on a chronological tour of this disturbing history.

90 minute comprehensive documentary on life on the Oglala Lakota Pine Ridge reservation. From the director of Rez-Bomb and Neither Wolf Nor Dog

Documentary film on the founder of the Equal Justice Initiative. Includes Stevenson's own story and the work of EJI, including their current work creating the National Memorial for Peace and Justice, which is dedicated to the more than 4,400 African American victims of lynching.

This four hour series contains seven segments. Each segment is set in a different place/with a different group of people. The segments include:

Based on the book of the same name, in this 68-minute documentary Wise focuses on the concept of white privilege and provides a necessary history lesson for whites on how race-based entitlement programs built the American middle class.

Recommended by Groundwork, YWCA Madison, Institute for the Healing of Racism, MOSES Madison