"AALBC.com is the oldest, largest, and most frequently visited web site dedicated to books by, or about, people of African descent. Started in 1997, AALBC.com is a widely recognized source of information about Black authors."

In the words of blog author and educator Debbie Reese, "... A primary purpose of American Indians in Children's Literature (AICL) is to help you know who we are. Knowing who we are can help you understand why we strenuously object to being misrepresented. Though I am certain that no author ever sets out to deliberately misrepresent who we are in his or her writing, it happens over and over again.... On American Indians in Children's Literature, I publish analyses of children's books, lesson plans, films, and other items related to the topic of American Indians and/or how we this topic is taught in school."

Between the World and Me

In a profound work that pivots from the biggest questions about American history and ideals to the most intimate concerns of a father for his son, Ta-Nehisi Coates offers a powerful new framework for understanding our nation's history and current crisis. Americans have built an empire on the idea of "race," a falsehood that damages us all but falls most heavily on the bodies of black women and men--bodies exploited through slavery and segregation, and, today, threatened, locked up, and murdered out of all proportion. What is it like to inhabit a black body and find a way to live within it? And how can we all honestly reckon with this fraught history and free ourselves from its burden?
Recommended by YWCA Madison

The Brown Bookshelf is designed to push awareness of the myriad of African American voices writing for young readers. Their flagship initiative is 28 Days Later, a month-long showcase of the best in Picture Books, Middle Grade and Young Adult novels written and illustrated by African Americans. 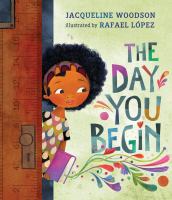 The day you begin

National Book Award winner Jacqueline Woodson and two-time Pura Belpré Illustrator Award winner Rafael López have teamed up to create a poignant, yet heartening book about finding courage to connect, even when you feel scared and alone.

A dynamic voice on behalf of Black girls and women throughout the African Diaspora who carry the heavy burden of generations of sexual trauma, as well as their own—Madison native Lilada Gee has committed her life to the defense of Black girlhood and the healing of Black women. The first season of her powerful podcast explores the complex family, school, and community relationships that can either support or fail Black Girls. (for mature audiences)

A Different Mirror for Young People: a History of Multicultural America

A Different Mirror for Young People brings ethnic history alive through primary sources, the words of people, including teenagers, who recorded their experiences in letters, diaries, and poems.

EmbraceRace is a multiracial community of parents, teachers, experts, and other caring adults who support each other to meet the challenges that race poses to our children, families, and communities.

For White Folks Who Teach in the Hood...and the Rest of Y'all Too: Reality Pedagogy and Urban Education

How to be an antiracist

In this book, Kendi weaves an electrifying combination of ethics, history, law, and science, bringing it all together with an engaging personal narrative of his own awakening to antiracism.
Recommended by YWCA Madison 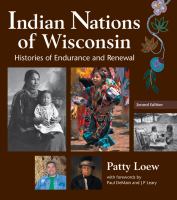 Indian Nations of Wisconsin: Histories of Endurance and Renewal

From origin stories to contemporary struggles over treaty rights and sovereignty issues, Indian Nations of Wisconsin: Histories of Endurance and Renewal explores Wisconsin’s rich Native tradition. Each chapter is a compact tribal history of one of the state’s Indian nations—Ojibwe, Potawatomi, Oneida, Menominee, Mohican and Brothertown, and Ho-Chunk—and the book relies on the historical perspectives of Native people.

The Jane Addams Children's Book Awards are given annually to the children's books published the preceding year that effectively promote the cause of peace, social justice, world community, and the equality of the sexes and all races as well as meeting conventional standards for excellence.

a project of the Southern Poverty Law Center
https://www.learningforjustice.org/
1991-present

If you want to understand what’s wrong with our public schools, you have to look at what is arguably the most powerful force in shaping them: white parents. (5-episode podcast.)

In this charged collection of fifteen essays and speeches, Lorde takes on sexism, racism, ageism, homophobia, and class, and propounds social difference as a vehicle for action and change. Her prose is incisive, unflinching, and lyrical, reflecting struggle but ultimately offering messages of hope

So you want to talk about race

Ijeoma Oluo offers a contemporary, accessible take on the racial landscape in America, addressing head-on such issues as privilege, police brutality, intersectionality, micro-aggressions, the Black Lives Matter movement, and the "N" word. An exceptional writer with a rare ability to be straightforward, funny, and effective in her coverage of sensitive, hyper-charged issues in America, Oluo answers the questions readers don't dare ask, and explains the concepts that continue to elude white Americans.
Recommended by YWCA Madison

At Teaching for Change, we are proud of our carefully selected booklists that highlight titles by and about people of color as well as social justice themes. Teaching for Change is proud to offer a diverse selection of titles that encourage children and adults to question, challenge, and re-think the world beyond the headlines. 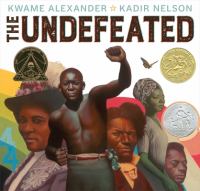 A poem and love letter to black life in the United States, The Undefeated won the 2020 Coretta Scott King Illustrator Award, the 2020 Caldecott Medal, and is a 2020 Newbery Honor Book.

The We Are Kidlit Collective

"The We Are Kidlit Collective works to create materials and opportunities to recognize the humanity of Indigenous and People of Color (IPOC) in youth literature. Our work is premised upon the principles of social justice, equity, and inclusion and centers IPOC voices in children’s literature in order to identify, challenge and dismantle white supremacy and both internalized and systematic racism." 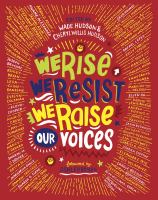 We Rise, We Resist, We Raise Our Voices

What do we tell our children when the world seems bleak, and prejudice and racism run rampant? With 96 lavishly designed pages of original art and prose, fifty diverse creators lend voice to young activists.

We want to do more than survive: abolitionist teaching and the pursuit of educational freedom

Drawing on her life's work of teaching and researching in urban schools, Dr. Bettina Love persuasively argues that educators must teach students about racial violence, oppression, and how to make sustainable change in their communities through radical civic initiatives and movements.

White fragility: why it's so hard for white people to talk about racism

Referring to the defensive moves that white people make when challenged racially, white fragility is characterized by emotions such as anger, fear, and guilt, and by behaviors including argumentation and silence. In this in-depth exploration, DiAngelo examines how white fragility develops, how it protects racial inequality, and what we can do to engage more constructively.
Recommended by YWCA Madison

"Why all parents should talk with their kids about social identity"

NPR and Sesame Workshop collaborated to offer this segment on the importance of talking about race and other social categories with kids, and provide parents with some helpful strategies. 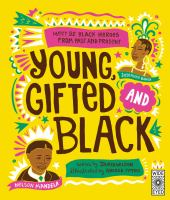 Young, Gifted and Black: meet 52 Black heroes from past and present

Join us on a journey across borders, through time and even through space to meet 52 icons of color from the past and present in a celebration of achievement.