Book reviews for teens by library staff and guest contributors

Moira is a senior in high school when her best friend, Nathan, dies of cancer. Nathan was not only her best friend, he was Moira’s only friend, the only person she thought she needed or wanted in her life. Before Nathan got sick, Moira spent more time with him and his family than her own. After he was diagnosed with cancer, she started skipping classes and meals to spend every minute she could with him. Moira’s world crashes when Nathan dies, and her parents are at a loss as to how to help her. They decide to send her to Castle School, far from home, deep in the woods of Maine.

A review of Fortune Favors the Dead by Stephen Spotswood

Mystery devotees could long argue over what period represented the peak era of American noir/mystery writing, but it’s likely all would agree that the 1940s would be high on everyone’s list. With such luminaries as Rex Stout, Raymond Chandler, and Dorothy Hughes established and up and comers Mickey Spillane and Jim Thompson making their mark in the pulp magazines, the culture of World War II America was ripe for literary inspiration.

This little guide starts out as the career story of a young black art history major from private liberal arts women's college Smith. Kimberly Drew navigates academic coursework with part-time jobs, internships and gallery opportunities while also creating, curating and providing content for a contemporary black art blog on Tumblr. She was at work at a new job as an assistant at a privately owned art gallery for ten days when Eric Garner was killed in the New York City borough of Staten Island and when about three weeks later Michael Brown was fatally shot in Ferguson, Missouri.

A review of Murder Most Fair by Anna Lee Huber

In this the 5th (I cannot believe this is book 5 already) of the Verity Kent mystery series, author Huber marks a slower cadence to her story. Verity and her husband Sydney are visiting Verity's family home in the Yorkshire Dales for the first time since before the death of Verity's beloved brother whose plane was shot down during the war. And if that emotional quagmire weren't enough, traveling with them is Verity's Great Aunt Ilse who has left war-ravaged Germany and returned to England seeking some peace.

A review of Running Away to Home: Our Familiy's Journey to Croatia in Search of Who We Are, Where We Came From and What Really Matters by Jennifer Wilson

It’s a fantasy for a lot of people; rent out the house, pay off some bills and give it all up for an adventure. For the Wilson family from Des Moines, Iowa this fantasy became a reality when they reorganized their life for a sabbatical in another country, Croatia. Jennifer Wilson had been traveling her whole life and as an accomplished writer the sabbatical seemed like a great idea for her to explore her immigrant roots. Her architect husband Jim’s role on the trip was to make sure their two young children had some sort of schooling during their unstructured months in a foreign country.

A review of A Phở Love Story by Loan Le

Bảo Nguyen and Linh Mai work across the street from each other at their parents' competing Vietnamese restaurants. Like Romeo and Juliet, Bảo and Linh are forbidden from talking to each other because their families are at war. War means gossip and rumors, sometimes harmless, sometimes not, and avoidance at all costs. The "phở* wars" and "bánh xèo** battles" between the two restaurants are delicious and painful to witness. Each new special or menu item takes the competition to another level. 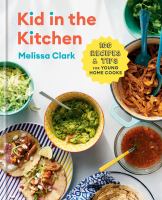 A review of Kid in the Kitchen: 100 Recipes and Tips for Young Home Cooks by Melissa Clark

Food columnist, chef and home cooking authority, Clark shares 100 recipes and tips for young foodies who are hoping to grow their culinary skills. In this day of high-tech recipe searching, I don’t find myself looking at cookbooks much. So when I opened this one I was really excited about the content, the quality of instructions, and the conversational tone of the text. It also helped that the photographs of completed recipes, and recipes in process were so alluring.

A review of Just Last Night by Mhairi McFarlane

Mhaire McFalrane's has now become an auto-read author for me - and I can tell you that in recent years my list of such authors has become shorter and shorter. What McFarlane does so well in each of her women's fiction/chick lit/romance/fiction novels is to dive into the depths of the emotionally fraught relationships we have with one another and how complicated love (whether it's for family, friends or a significant other) can be.

A review of In the Presence of Evil by Tania Bayard

Single motherhood with the responsibilities of earning enough to support several generations—it’s a situation not unfamiliar to many modern women. It’s the situation Christine de Pizan lives in, but her world—1393 Paris—is far from modern in Tania Bayard’s debut In the Presence of Evil. As an educated woman, Christine is already something of an oddity, but growing up as both beloved daughter and widow of scholars employed in the French court has given her a chance to earn her living as a scribe and support her children and mother.

A review of Project Hail Mary by Andy Weir

After his caper novel on the moon, Weir is revisiting the idea of a lone human in space. Here the human is Ryland Grace who wakes up on a ship in space and has no memories of how or why he is there. Bit by bit (very small bits at first) he begins to put the pieces together and as he does so the reader is taken back into his recent past to see what brought him here; alone on a space ship, far from earth, with only a couple of dead crew mates as companions.