Women of a certain age? 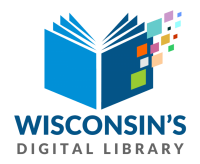 New Books by McMillan and Guillory

Though my imagination is vivid enough for me to picture myself as the twenty-something heroine of every Sophie Kinsella novel, it’s refreshing to follow the adventures of fictional women born in the same millennium as I was.

Two books that fit the bill and are worth the wait on Overdrive are It’s Not All Downhill from Here by Terry McMillan and Royal Holiday by Jasmine Guillory.  Royal Holiday is the fourth book in Guillory’s charming and hilarious The Wedding Date series and the first with a “mom” protagonist. Better yet, there’s a royal plotline! Vivian Forest heads to England to spend time with her daughter, Maddie, who will be styling a member of the royal family. This leaves Vivian with lots of time on her hands to explore the vast estate where they’re staying and strike up a friendship with Malcolm Hudson, who’s worked for the Queen for years. Can an across-the-pond romance flourish?

In McMillan’s It’s Not All Downhill from Here, Loretha (“Lo”) Curry is a woman at the top of her field who suddenly faces moving forward after a personal tragedy. Good thing she’s got an unruly cast of characters as friends, a twin sister, and a spunky mother to challenge, support, and irritate her to no end. I guffawed when I read a Goodreads review that referred to It’s Not All Downhill from Here as a “geriatric version of Waiting to Exhale” as if that was a bad thing and not a valid reason to read it. To me, it was like saying The Golden Girls was a geriatric version of Designing Women - yes, please!