Reach Across the Stars 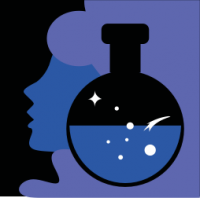 Learn about women in science! This app features the stories of women scientists across the ages -- from long ago scientists like Marie Curie and even the ancient Greek Hypatia to modern day scientists like Christina Hernandez of NASA. Each featured scientist includes a short (sometimes only one paragraph) summary of their work. Some of the current scientist's options also include short video interviews with the scientists themselves.  You can choose which scientist you want to learn more about by looking at an alphabetical list OR by interacting with the "universe" screen which depicts each scientist among the constellations in a 3D environment. The text is automatically read aloud to the app user (there is no toggle between read-to-me and read-it-myself but you can always mute the sound if you prefer reading the words yourself). The app includes women from a variety races and countries, some you may have heard of, others will likely be new to you. They are continuing to add new content to the app as well!