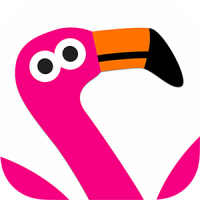 Balance as many animals as you can in the boat -- or just let them swim in the ocean. Cute illustrations, open-ended play and a free price point are the high points of this app.  If you're really focused on balancing animals in the boat, you might find it frustratingly challenging as these animals all seem to weigh as much as a feather and don't stay put very well. Sea creatures (clams, sea urchins) are apparently not among the animals that you're allowed to put into the boat, which might be confusing. There's also an odd weather-choosing tool that allows users to toggle between sunshine, rain, snow and everything in between, but the weather has no effect whatsoever on the animals, the water or gameplay. There is a camera feature that allows users to snap a photo during gameplay and then if they want to return to that exact spot in the game, they can return to the photo gallery and click on a picture to re-enter the scene at that point. While your child will learn about balance much more accurately from the physical versions of this game, if you're looking for an app that's free to download with no ads, no interrupting in-app purchases, open-ended play with no failure points to frustrate young players (you never get kicked out the game or have to start over or even hear a "womp-womp" sound), this is a safe bet.  If you love this game and want to expand it, there is an option to purchase a separate dinosaur pack if you swipe left on the home screen.  Also note that despite the title, Noah himself doesn't appear in the game and it is wordless, so there are no Biblical references within the app itself.