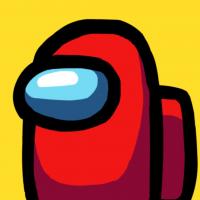 A "whodunit" type game that involves one player "killing" one or more other players or sabotaging the ship and killing all of the other players was NOT an app I would have expected to be reviewing and recommending here, but after my 10 year old convinced me to play it during a family game night.... I can definitely see the appeal of this game, so let's talk about it.  First of all, you should know that the premise is simple -- players are members of a crew in space, but one person (or two people depending on settings chosen) has randomly been identified (by the game) as the Imposter (i.e. NOT a member of the crew, possibly an alien life form?). This person looks the same as all of the other players, but their job is to either sabotage the ship or kill off the other players without getting caught. The rest of the crew has tasks around the ship or base that need to be completed (usually very simple and intuitive tasks like flipping a switch from off to on).  Gameplay includes map reading skills, multi-tasking, teamwork, deduction and communication skills.  If you are the imposter you get a chance to practice your distraction and skills of deceit! Our family has played this game on four devices at home in the same room.  We've also shared the specific game code to our game with friends who aren't at our house and they can join in the game as well (it's probably most fun if you can have some way to open up a call on speaker or a video chat at the same time if you have enough devices). Adults giving their kids permission to play this game on their own should know that you can join into "public" game and play with random strangers online. there is a chat function, but it's pretty minimal and there's a short time limit. The game is absolutely free to download and play in its entirety but if you want extra special bits to add to your persona (hats, etc.) you can pay for those (there's a bunch in the free version already). You need a mimimum of 4 players to play and more players makes the game last longer and be a little more fun. While I wouldn't necessarily recommend this game for all young users (due to complexity of play and the murdery content), my 6 year old is surprisingly skilled at tricking the rest of us into believing that she's not the Imposter, so... use your best judgement about whether this is appropriate for your own family.