Create Your Own Comic Adventure

Create Your Own Comic Adventure

For the last three years at Madison Public Library, summer reading club has looked a little bit different. Oh, we're still reading and encouraging kids to give their brains a workout over the summer - but rather than incentivizing with small prizes, children earn a high-interest book and a golden ticket to a special Bubbler experience.

Our librarians do their homework, talking to teachers, parents, and (most importantly) kids about the most sought after titles of the year to ensure those books end up on our prize shelf.

And the Bubbler team crafts an experience they hope will engage children of all ages and their families. This year, with the help of our Bubbler Making & Learning interns, we made digital comics adventures at all 9 of our Madison Public Libraries and at 8 different outreach sites on the Dream Bus throughout the month of August. 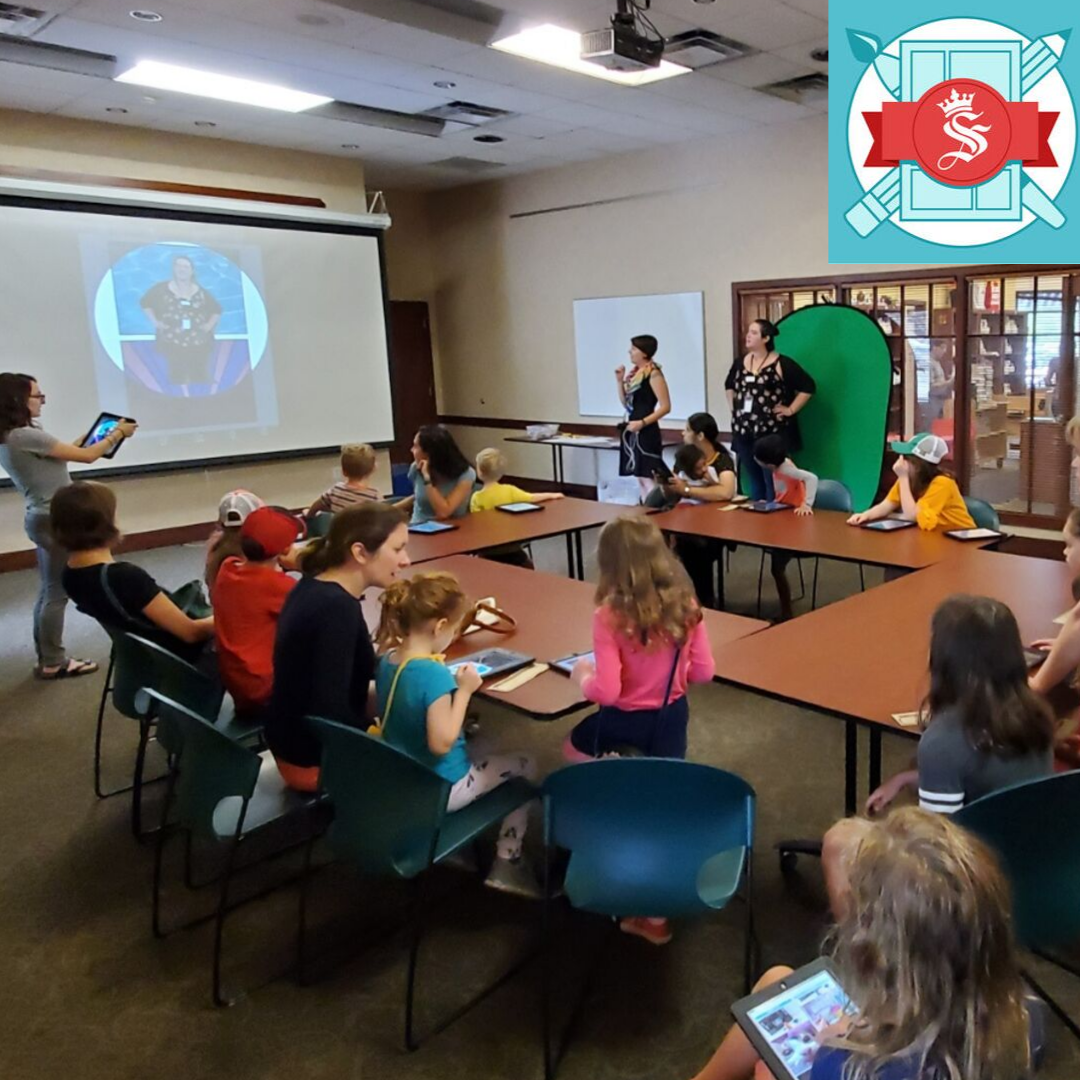 Using the free iOS Seedling Comic Studio app on Bubbler iPads, our portable green screen, and their imaginations, the possibilities for comic adventures were endless.

With some basic instructions for using the app at the get-go, kids from 3 to 14 were off and running. By far the favorite feature, using the app's camera and the green screen, kids were able to create cutouts of themselves to appear in all manner of fantastic settings and stories.

We loved the interactive element this created with kids striking poses and caregivers or siblings laughing along as they helped snapped pictures.

At the end of the programs, our super readers were able to print a full-color page of their comic to take home as a souvenir﻿, and more than one parents downloaded the app to their phone before they left the library, eager to continue the comic making at home. 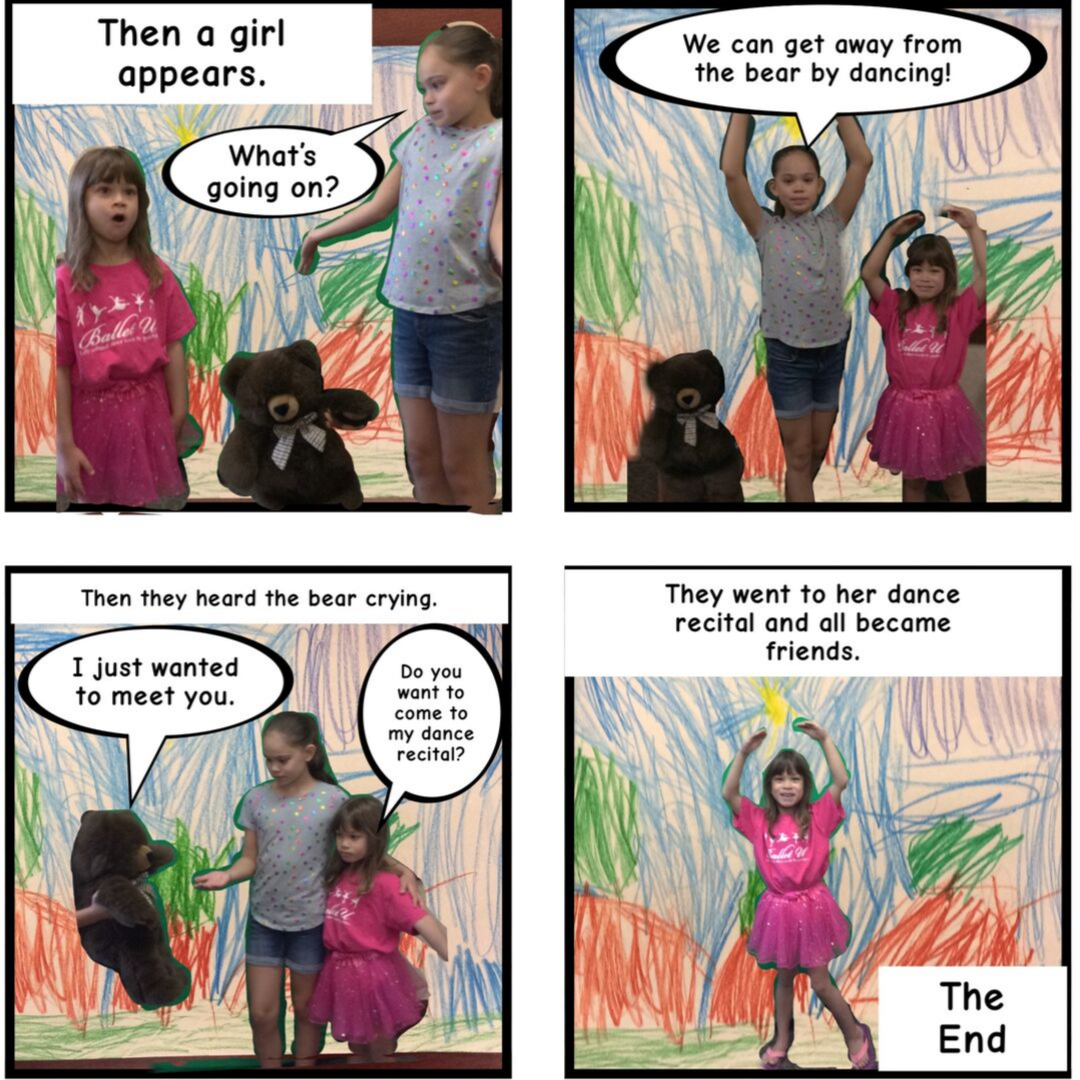 After our initial instruction, we were delighted at how engaged children were in the comic-making process, often working for over an hour on their creations.

They worked with friends, parents, siblings, or Bubbler staff, to get the perfect action photo with the green screen. And were inspired by the silly preloaded "stickers" included in the app. The favorite sticker being a duck that featured prominently in many hilarious stories. 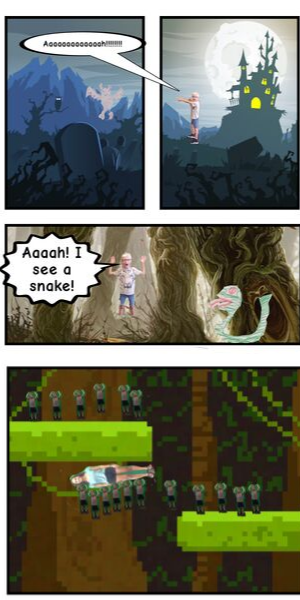 Our favorite moments in maker programs are when we see kids working through challenges or using our tools in unexpected ways.

While the Seedling app included many different preloaded stickers, one participant was adamant that his story needed a snake, which was not an option. However, he realized that if he could make a photo cutout of himself, he could also make a photo cut out of one of his own snake pictures. Not only did he get to add a snake, he got to add his snake - and also a spooky bat to his story.

We learned from his example and were able to suggest pictures and illustrations to some of our shyer participants who were less excited about being in photos, opening a world of possibilities for their stories.

At Alicia Ashman Library, we also learned to hilarious results that the app had a copy-and-paste function for cutouts. Allowing one participant (multiplied!) to take his nanny on an Oompa Loompa-esque adventure through a jungle.

The Bubbler team was sorry for the summer to come to a close, but with the positive feedback from children and their families, you can be sure that our comic program will be popping up at a library near you in the future.

If you can't get enough of these awesome kid creations, you can check out the full collection on the Library's Flickr page.