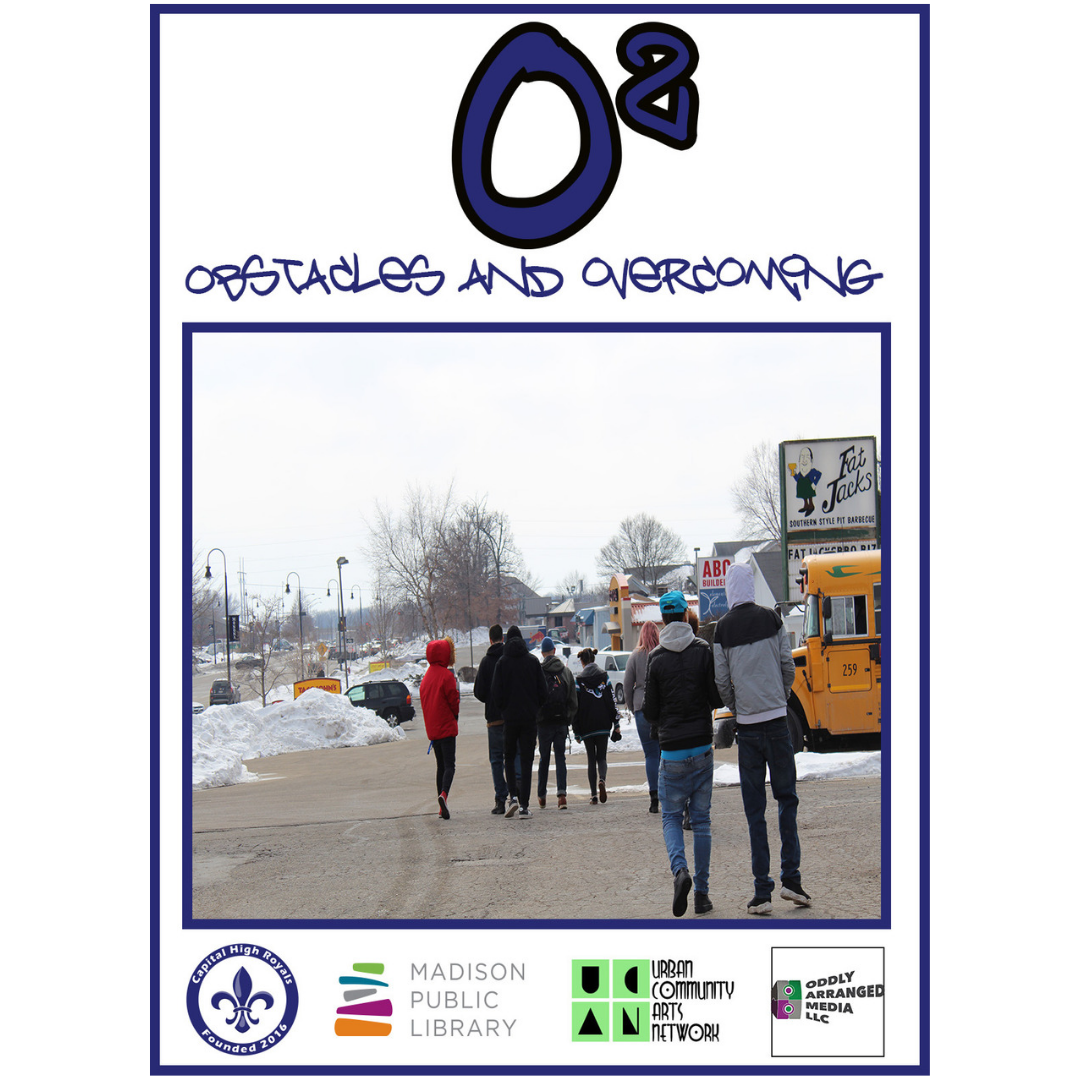 This spring, the Bubbler took the time to sit down with media instructor Rob (Rob Dz) Franklin, teen librarian Jesse Vieau, and our partners at the Urban Community Arts Network (UCAN) to talk Media Academy. Each of their responses to "What is Media Academy?" is hilariously similar. "Well...," they say and chuckle.

It's not that they don't know. At its heart, Media Academy is a digital literacy experience for teens with a social justice lens. But the experience is dramatically different every time based on the students' interests, passions, and ideas.

Media Academy is a purely student-driven program, more so than anything else the Bubbler does. This team's role isn't to lead the way, but to focus the energy and connect teens to the artists, experts, and technology to let their unique vision come to life. 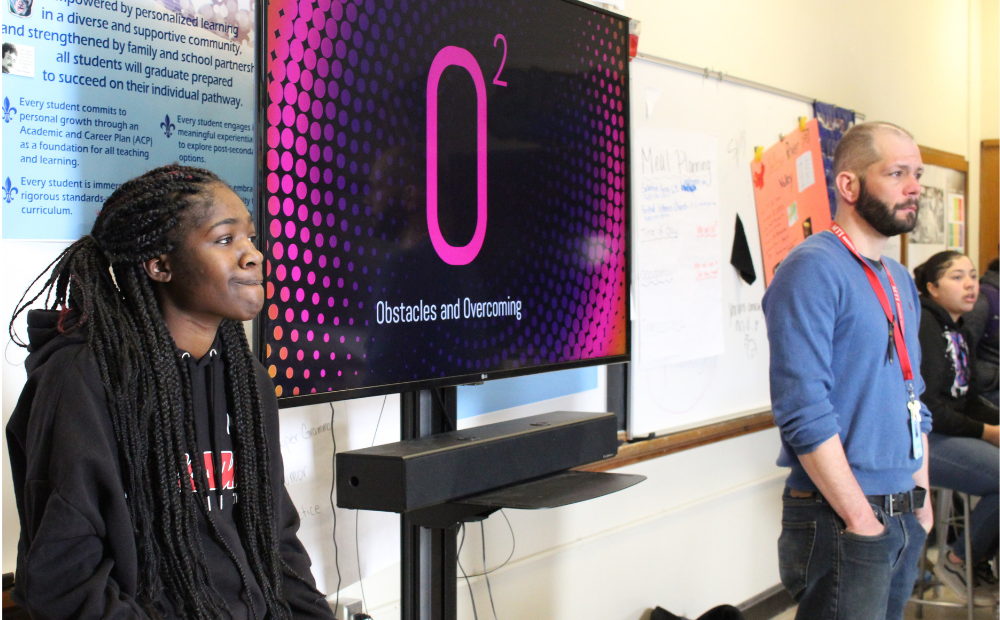 In its second year at Capital High, Media Lab was hosted in Jeff Kunkle's music appreciation class - but this year, the partnership carried an even larger impact.

In 2018, Bubbler humanities' fellow Dr. Marta Laura worked in cooperation with Madison Metropolitan School District (MMSD) to connect Media Academy to district curriculum standards, allowing students this year to receive class credit for the project. This was a major win for the students, as well as the library and school partnership.

The curriculum, however, is anything but traditional. "As a teacher, it was really interesting to go into the meeting without really knowing what the end result would be," Jeff laughs. "But it was all about the kids. We were just there to support them in whatever they were seeking to do."

This year, the final project O2: Obstacles & Overcoming included an original song with lyrics and raps from different students, done to original beats mixed by their classmates. A second group of students filmed the recording process, conducted interviews with the performers and instructors, and edited everything into a documentary.

"It was really incredible how quickly and easily the kids decided to make the theme of the project Obstacles," Rob Dz says. "They wanted to tell their own stories and the things they had overcome, and we were able to help them do that."

Capital High is an alternative High School at MMSD with students often arriving there after a long series of struggles. It's obvious that the students saw the documentary and song as an opportunity to tell their stories in their own voices.

"These students have such complicated lives outside the classrooms, and we really only see the tip of it." Jeff explains, "But it was awesome to understand their strength and resilience that they bring every day being highlighted and shown in way they were proud of and wanting to share.'

Media Academy wouldn't happen without the Bubbler's community partners: Shah Evans of UCAN, Richard Jones from Oddly Arranged Media, and James Horton Jr., a previous media academy participant, and Bubbler PLA intern from 2017. And that spirit of collaboration trickled down to the participants as well.

When asked about the experience in the video, students Cole & Icyy voiced that both the biggest struggle and best part of the project was working with different people. "The project is obstacles and obviously we have our own obstacles, so trying to put all of our obstacles into one. But it was cool putting all our ideas together. Seeing where all our heads are at," Icyy explains.

Jeff's favorite part was also seeing kids from different grade levels and backgrounds coming together. "One of our kids was doing beat production. He's a quiet freshmen. But he made a beat and played it, and everyone crowded around like moths to the light." He continues, "The upper classmen were so impressed. 'That’s the one!' they were saying. And he just had this kind of quiet happy smile on his face. You could tell he was just soaking it in. It was great to get to see everyone have a chance to shine." 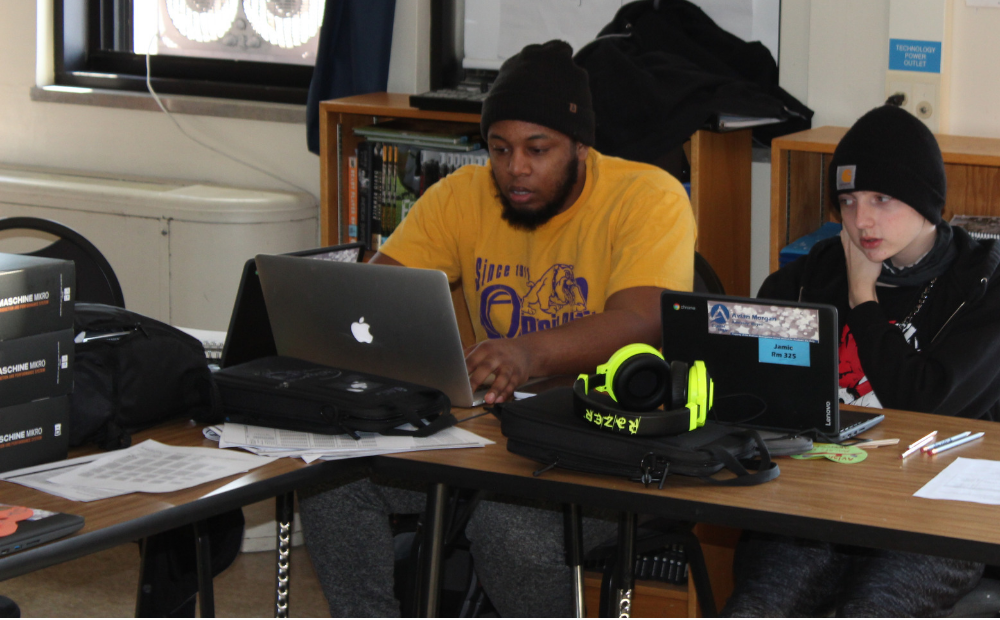 "When we started Media Academy three years ago," Bubbler instructor Rob Dz explains, "it was just about giving kids a chance to express themselves, but it's become a lot more. We're showing kids a path, a jumping off point for their future goals and ambitions, and the chance to make long term connections."

It has also proved to be the gold standard for student driven programming for the Bubbler team - what is really possible through collaborative partnerships to support teens. MMSD agrees, awarding Media Academy "Personalized Pathways - Best Partnership of the Year."

This summer, the team is excited to host a Media Academy at the Lussier Center on Madison's West Side. And to welcome Marco, Capital High student and the first performer on the O2 track, to the bigger Bubbler family as our new Public Libraries Inclusive Intern for the summer. 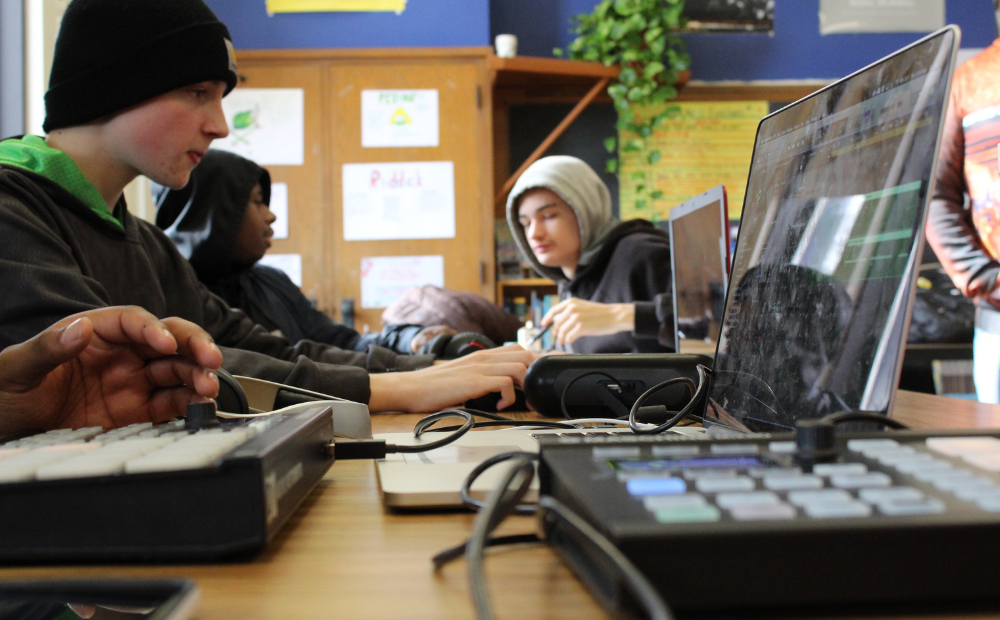