A New Partnership, A New Tradition 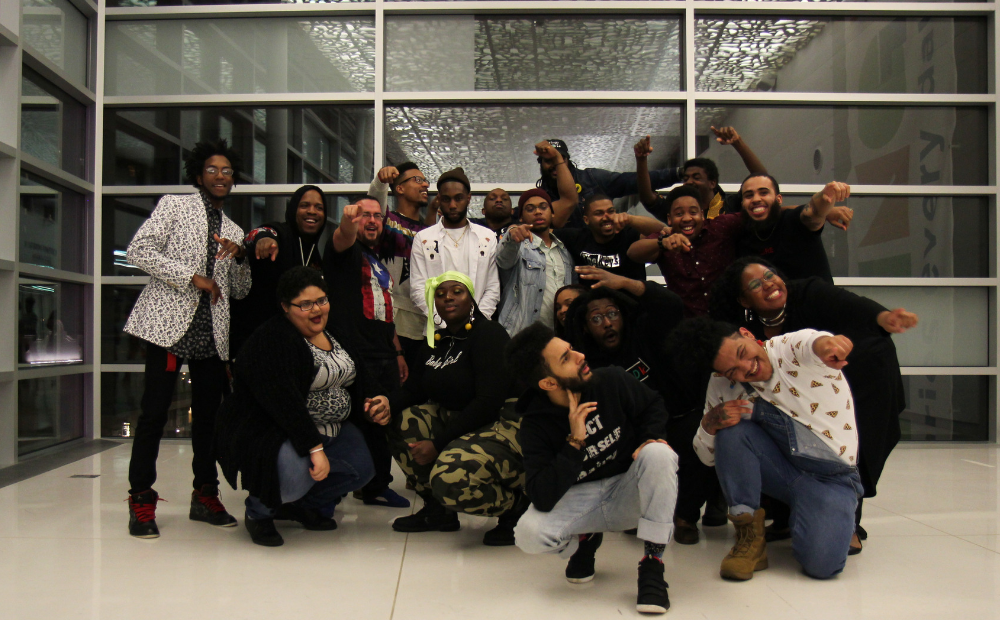 Performing Poets from the BAM Slam

"Right before the BAM Slam was supposed to start, we were all in the back room (the Bubbler office) - me, Carlee and Rob from the Bubbler, my faculty advisor, my best friends who were volunteering, my mom - all these people who showed up for me, who believed in me, all together. And I was like oh my god! This is really happening!"

Talking to organizer-in-chief Shasparay Lighteard two weeks after the first ever Black Arts Matter festival, she was still in a little bit of disbelief. The festival was the dream and the culmination of nearly a year's worth of work for the young UW First Wave fellow. 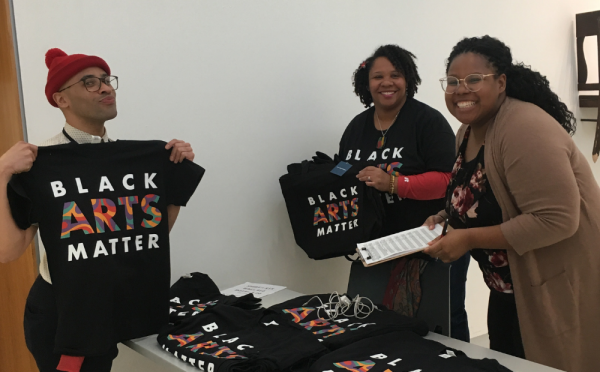 "My first year as a student in Madison I was always having to leave and go out of town to experience Black art. I was out of town almost every weekend and was looking for a community somewhere else," Shasparay told us, "but it's not just me, so many people don’t have that community and they need something where they are." And the idea for the BAM festival was born.

"The first people I approached were from the library," she told us. With very few resources to start, Madison Public Library and the Bubbler seemed like a starting point, and maybe they would be interested in supporting the event. "I met with Trent and Carlee from the Bubbler and they were really receptive, all the sudden I felt like we could really do this!"

"This is exactly the kind of partnership we look for," Head Bubblerarian Trent Miller said. "We were delighted she reached out."

The Library as a Space for Everyone

The Bubbler was able to offer the library's venue space free of cost, allowing the BAM events of the movie screening of Bamboozled and the BAM Poetry Slam to be free and open to the public. Edgewood College and the UW multicultural center also hosted free public events.

"I wanted to create a space where Black people and allies in the community could come and experience Black arts," Shasparay explained "There are spaces in Madison where there is a lot of whiteness. We wanted to carve out a place to show people this is where they belong."

Madison Public Library and the Bubbler deeply share that vision. "We want to make sure that the programs we host and that the artists we display and partner with reflect the full diversity of the Madison community," Trent said. "We do better and better every year, but still have work to do. It's one reason we get excited when artists come to us, and why we work to make sure these events are a success." 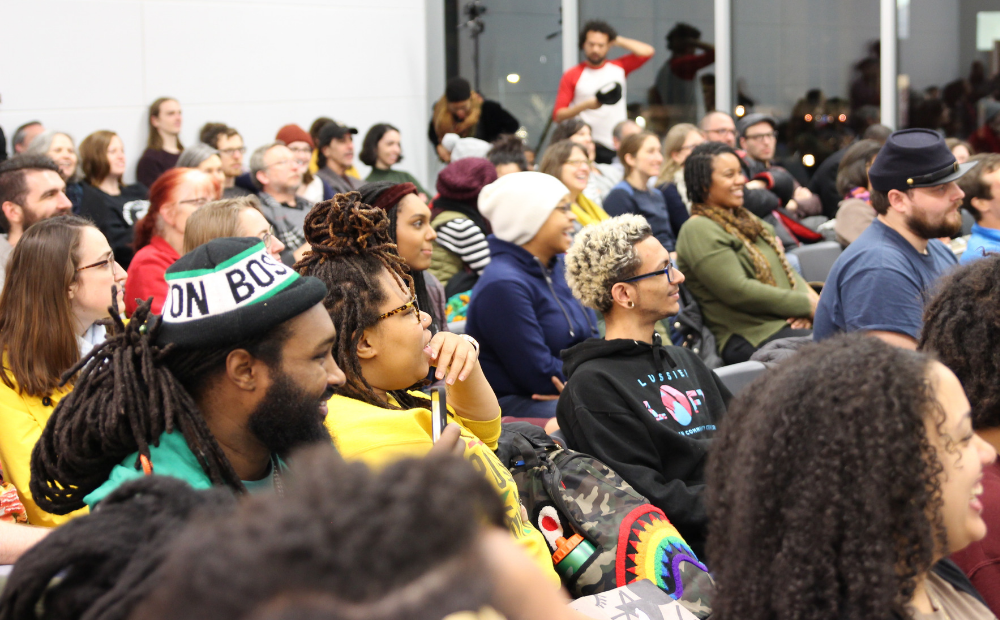 "Our Madison Public Library Foundation also shares that vision," Bubbler Assistant, Carlee Latimer explained. When resources were getting low for the BAM festival, the Foundation stepped in to offer a $2000 mini grant to the project. This allowed for the hosting of a community dinner as a part of the BAM poetry slam and provided stipends for the visiting poets.

"That's another element we believe in at the Bubbler. Artists are asked too often to do things for free," Carlee explains. "We pay our artists-in-residence and our programmers. We respect their talent and want to make sharing it with the community feel valued."

"The library was so important for everything," Shasparay said. "We really wanted a Black-owned business to cater the community dinner, and Tom (Karls) and Hannah (Peschek) on the events team made it happen for us. Everyone really cared about what we were doing." 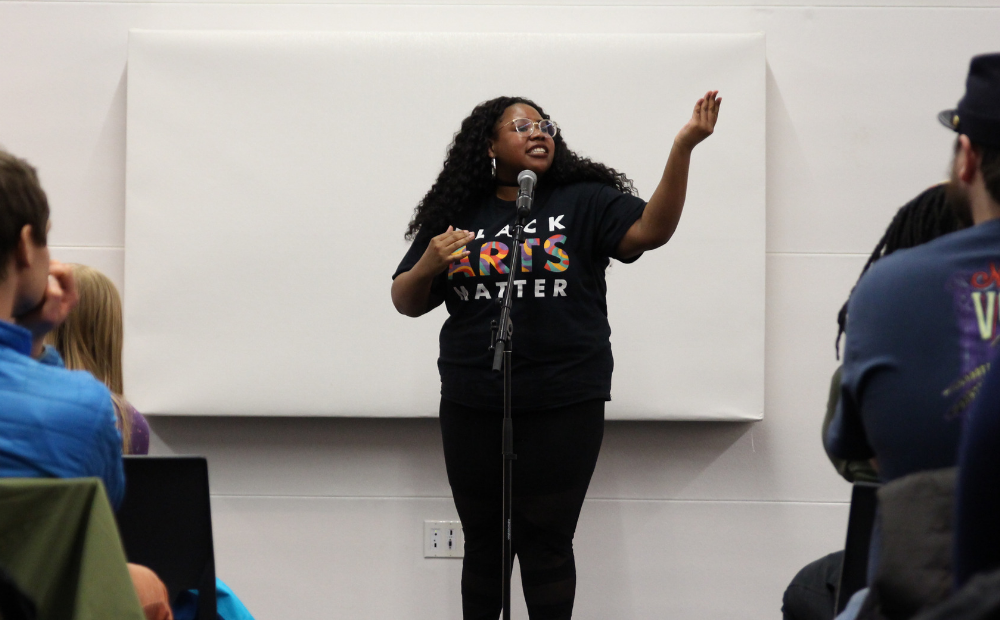 And the community responded. "There was so much support!" Shasparay exclaimed. With 240 attendees the first night, and nearly 200 the second, the BAM poetry slam was a qualified success.

The night first was a blur. Starting with that anticipatory moment in the Bubbler office, to all of the poets arriving for the event - "so many amazing voices in one space as a part of a community!" - to the start of the bout and an intermission.

"There was a moment during intermission, where I was standing there, so frazzled, but I looked around and the community dinner was happening, people were eating and talking, there was music and a dance performance. And then we got right back to the Slam. I'd just never seen something like this happen on this big of a level," Shasparay reflect. "I just realized we really did it! We made it happen!"

Our natural last question for Shasparay was...what about next year? "Ah!" was her first response, then, "My big goal would be to create a collective of Black artists that can help promote and carve out opportunities like this. I'd like to make it a part of an organization. This can’t hinge on me. So I'm working to build on a way to create an infrastructure and sustainability to make this happen every year." 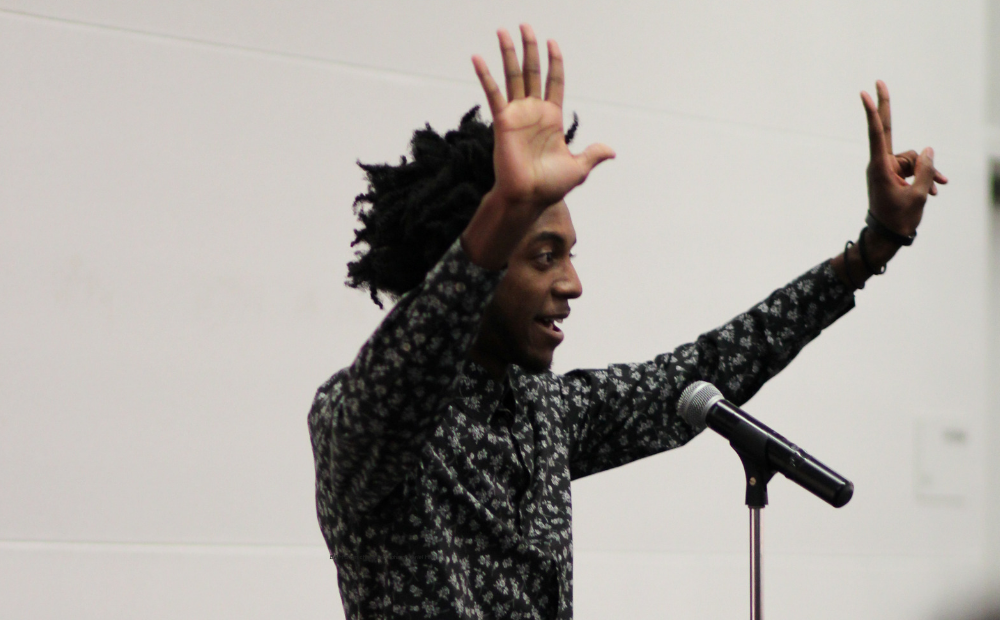