Thursday Night Movie Club screenings will feature selections that premiered at Wisconsin Film Festival 2019 as part of the Wisconsin’s Own section of films. By showcasing the work of local regional filmmakers, Wisconsin’s Own celebrates films – narrative, documentary, experimental, or animated features and shorts — that reflect the creative spirit of our state.

“(This partnership) through yearly Sneak Peek events as well as pop-up screenings has been vital in extending the Festival's outreach into the greater Madison community and beyond,” says Wisconsin Film Festival’s Ben Reiser.

Thursday Night Movie Club events are made possible through partnership with the Wisconsin Film Festival and by a generous grant from the Madison Public Library Foundation.

Played Out: Thursday, October 10, 6:30-8:45pm
(Filmmaker in attendance)
Directed by James Runde. A day in the life of quintessential Madisonians forms the loose-limbed, shaggy dog structure of this deliciously off-handed and self-assured first feature. A 2019 Golden Badger Award winner!

Pet Names: Thursday, November 21, 6:30-8:45pm
(Filmmaker in attendance)
Directed by Carol Brandt. When her chemotherapy patient mother urges her to take a vacation from playing nurse, grad school dropout Leigh invites her old high school boyfriend along on the camping trip. The two soon find that confronting old wounds during a weekend in the woods is anything but restful.

Elephant Path/Njaia Njoku: Thursday, December 12, 6:30-8:45pm
Directed by Todd McGrain. This urgent documentary, a feat of empathy, artistry, and derring-do, examines the plight of forest elephants in the Central African Republic and the people who protect them. A 2019 Golden Badger Award winner!

Yen Ching: Thursday, December 19, 6:30-8:45pm
(Filmmaker in attendance)
Directed by Yinan Wang. What starts as an appetizing, nuts-and-bolts documentary about Milwaukee's beloved Yen Ching restaurant ends as a layered and moving portrait of intergenerational differences and the Chinese-American immigrant experience.

Want to catch up on past films featured at the festival? Check out our collection of films from festivals past. 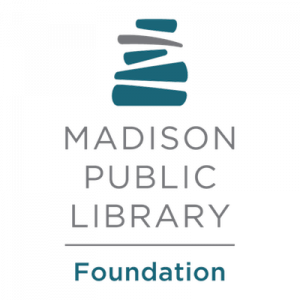 Wisconsin Film Festival
Back to top