Home > All Collections
Back to top

Check out just some of the books that are available in the Mae Mitchell Multicultural Collection! You can also download a complete list of titles in the collection. Scroll down for more details about the collection. 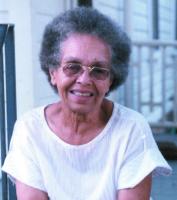 A life-long resident of Madison, Wisconsin, Mae, as she was known, was born on August 29, 1910. She was the 4th child (of 6) of William Martin Miller and Anna Mae Stewart Miller, who were early leaders in Madison’s African American community. The Miller family home at 647 East Dayton Street is today a historic landmark.

In 1935, Mae married Ernest Mitchell, a high school football legend and professional chef.  Mae and Ernie raised a family of 9 children (one adopted) in an environment of much love, nurturing, and strong values.  All of their children received college educations.

When the children were young, Mae was involved in school PTAs, Mother’s March of Dimes, Brownies, Boy Scouts, Girl Scouts, local democratic politics, and St. Paul AME Church, where she served as an officer, steward, and clerk.

As her family matured, her volunteer work expanded and she became an active participant
and leader in a number of organizations, including the Madison Urban League, South Madison Coalition of the Elderly, United Neighborhood Centers, Inc., the Madison Housing Advisory Board, and the Mayor’s Senior Advisory Committee. Mae received many awards and recognitions for her efforts, including the Urban League’s Woman of the Year Award (1971) and the Martin Luther King, Jr. Humanitarian Award (1977). She was cited as one of the Ten Most Admired Senior Citizens in Wisconsin in 1979 and as a YWCA Woman of Distinction in 1982.

Mae was 60 years old when she acquired her first full-time job as the site manager of a nutritional program for Independent Living—a position she would hold for 14 years.

Perhaps her most cherished activity was tutoring the children at Lincoln Elementary School.  She encouraged a love of reading and learning in her students, reflecting her belief in the importance of education, her love of the community, and her commitment to South Madison.

In 1988, a year after Mae died, PRISM (People Resources in South Madison) established this multicultural collection for children in her memory at the Goodman South Madison Library. These books, which span the breadth of cultures, races, and ethnic groups, are a lasting tribute to her life and work. To this day, the collection continues to be supported by her family, friends, and those who remember her important contributions.