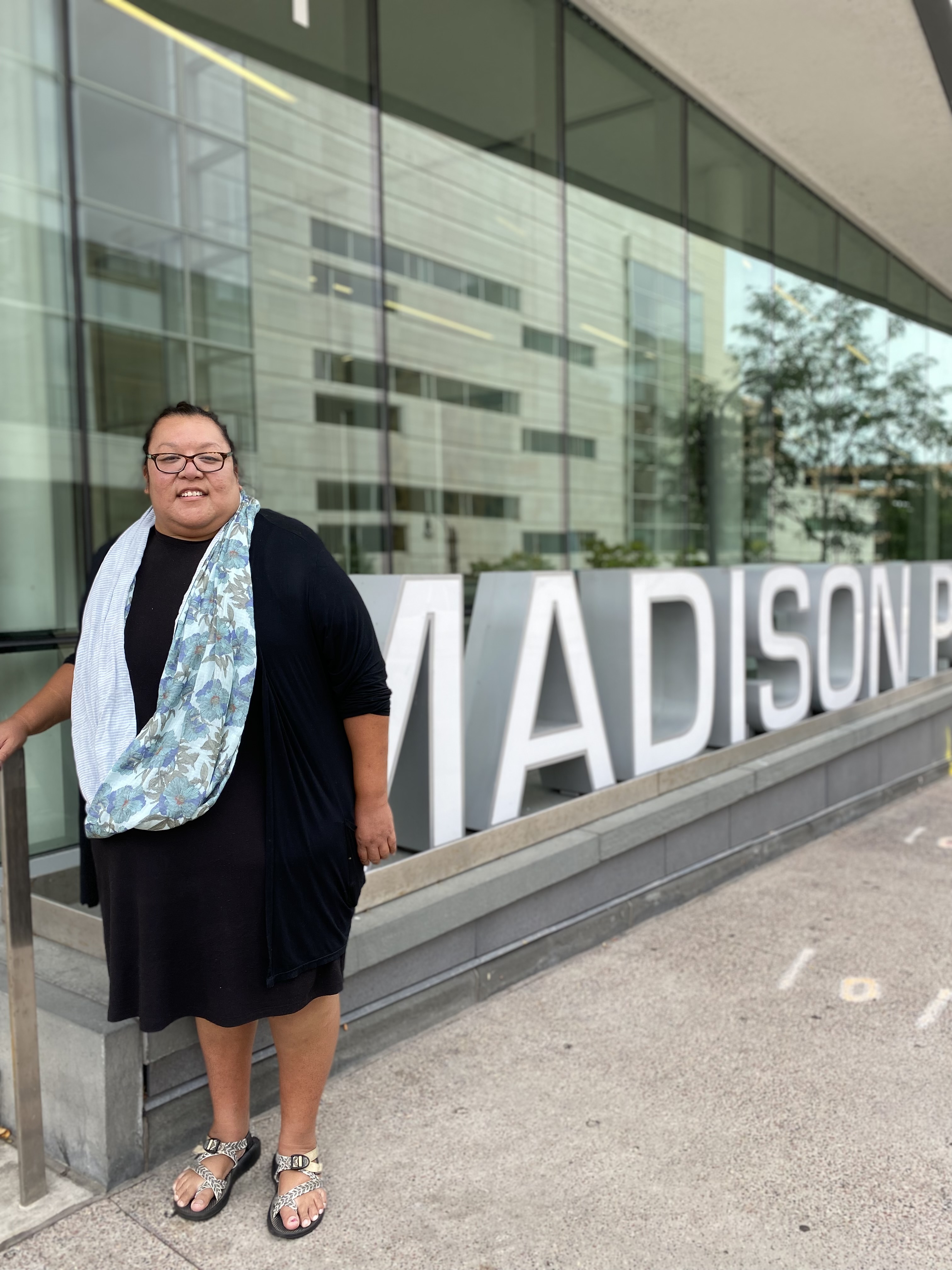 “Medallion hunts aren’t common in the Ho-Chunk culture, but they are common in my family,” said Cloud. “My Tega Tracy has put on many medallion hunts for the family at our holiday gatherings. He has also organized medallion hunts for Ho-Chunk Nation tribal members and employees. I asked him to put together this hunt for the city and library friends because I thought it would be a fun way to encourage family, friends, co-workers, etc. to share in some fun and team work, as well as enjoy the outdoors despite the cooler weather!”

The clear, acrylic medallion has the Great Seal of the Ho-Chunk Nation engraved and is hidden within a City of Madison public park. Clues are published below, starting Wednesday, December 1, 2021. A new clue will appear daily through Friday, December 10, 2021, unless the medallion is found before that date. The medallion is above ground, so there is no need to dig (unless there’s snow!) or use metal detectors. The person who finds the medallion first will be able to take it home as a prize, in addition to a $50 gift card.

Inspiration for the medallion hunt comes from The Pioneer Press Treasure Hunt, which takes place annually in St. Paul, Minnesota. 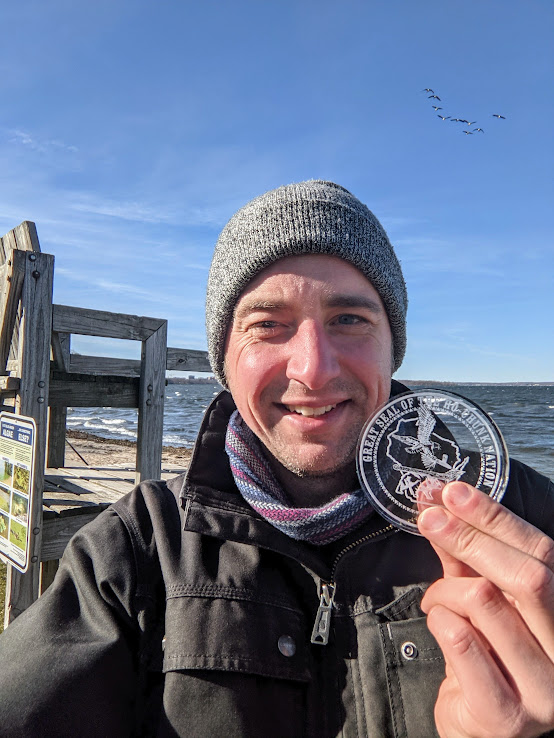 Peter Kirschmann found the 2021 Medallion on Thursday, December 2 during a lunchtime walk:

"My friend Carrie tipped me off that some of the numbers in today's clue corresponded to bus stops along James Madison Park. So I went and looked where there might be workers, from yesterday's clue. First wandering around the boat house, then the BCycle station, and finally found it hiding in the lifeguard stand."

Congratulations to Peter for his excellent sleuthing! See below for all of the clues and their explanations. 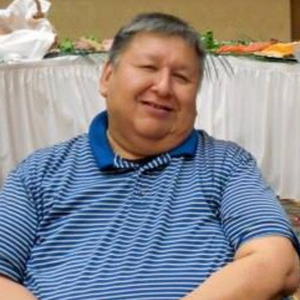 We want to extend our gratitude to Andi Cloud and her Tega Tracy Thundercloud for creating this fun Medallion Hunt! Tracy put A LOT of time and effort into crafting these thoughtful clues and explaining their meaning and we appreciate his hard work in preparing an interactive winter activity for all of Madison to enjoy!

As a UW student you may get heartburn

In search of the fortune that you seek.

The closer you get to the prize at this station

The working girl wearing primary colors looks like a geek

Eventually you become the graduate of the great badger nation.

Decipher the following when you read the clue

One, one, three, eight and zero, seven, five two.

Think of the numbers as you search and stop

On and off you will stop.

Nearby the medallion you will find

Paths for walking or running to ease your mind

Plenty of water if you are out of sorts.

This nursery rhyme by an American teacher/author is sound

With the modern version is sung in a round.

The oldest sport at the U is not what you expect

You can utilize your computer we suspect.

To partner there, you will need an advanced degree.

Five thousand sweets can be at this address

Seeking advice when your business life is a mess.

This structure was built in eighteen sixty-threes

The great seal adjoins map makers among the trees

Complete your search before the setting sun.

The city founding father did map and was no lark

The street names surrounding our landmark

Pass by routes are two, five, twenty-eight and eighty-one

Gets you closer to our medallion search we begun.

We are traveling to the isthmus and must ask

What ties Franklin and Hamilton together with our task?

Why do men do tar? Owing to this thingamabob

Would it not be better to join the club as not as a job.

As a library guest.

Maybe you can find our medallion before January

Search the public trails and parks

Madison has to offer one and all.

Adventure out and enjoy the city landmarks.

Do not dig below the earth’s surface is our call.

In your search we ask that you be respectful

Seek out as one or as a team to have fun

Of course, we hope this was eventful

Noting your participation to the end of this run.

Here is the final clue to complete our medallion hunt

Intersect on a map where Franklin and Blount would be, is our mark

You will find the Ho-Chunk Nation Great Seal medallion at this spot.

Heartburn, The Fortune, The Closer, Working Girl, Primary Colors, The Graduate are movie titles by Mike Nichols. The Nichols Station Apartments are across from James Madison Park.

The Madison Metro Bus line has bus stops 1138 and 0752 that stop on Gorham Street on either side of James Madison Park. You normally hop on and off the bus when you reach your bus stop.

All parks within the City of Madison have playgrounds, volleyball courts, basketball courts along with paths for walking or running with or without their pets. Plenty of water in this clue is Lake Mendota which many people stop and rest and look over the city landscape and Lake Mendota.

The nursery rhyme is “Row, Row, Row Your Boat” published by Eliphalet Oram Lyte who was a teacher and author. The song is sung in the round. The oldest sport at the University of Wisconsin is rowing. The Mendota Rowing Club is nearby James Madison Park.

This five-story structure can be seen by the medallion site which is the building of the Law Firm of Foley and Lardner with the address of 150 E Gilman Suite 5000.

The Gates of Heaven synagogue was built in 1863 at a location within downtown Madison. It was relocated in 1971 to its present location on Gorham Street as part of the land of James Madison Park. “Adjoins map makers” is an anagram for James Madison Park. The clear acrylic medallion has the Great Seal of the Ho-Chunk Nation engraved.

The City of Madison founding father, James Doty purchased the 1,261 acres of land and named his future city Madison after the fourth President of the United States. The street names around the Capitol Building were named after the 39 individuals that signed the United States Constitution. Bus routes passing James Madison Park are 2, 5, 21 and 81.

We are going to the isthmus where James Madison Park is located, with the medallion hidden at the imaginary juncture where Franklin Street and Blount Street would meet in James Madison Park. “men do tar? Owing” spells Mendota Rowing.

The medallion is in one of the many trails and parks the City of Madison has to offer. To find the medallion you did not have to dig below the earth surface as the medallion was laying above ground on the lifeguard stand. We hope you had fun as a one-person team or as a family event. The real clue was James Madison spelled out by the first letters along the left edge of the clues.

Clue ten finally pinpoints the exact location of the clear acrylic medallion with the Great Seal of the Ho-Chunk Nation engraved. You are along the shores of Lake Mendota halfway between the Foley and Lardner building and the Mendota Rowing Club. You should also be between Franklin Street and Blount Street in James Madison Park where the medallion was located.