Similar to other "mural alley" locations around the world, the space was selected not for its central location, but more as a hidden surprise destination for the community.

Madison Mural Alley was created by 5 artists and artist teams in collaboration with local Madison teens. The project originated from the Darbo-Worthington Neighborhood Planning process, where City of Madison planners asked Madison East Shopping Center owners, Greg Rice and John Brigham, if they'd be open to hosting a community art and placemaking exercise to welcome community input for options. Their agreement, resulted in a design charrette with members of the neighborhood at Hawthorne Library in August 2016.

The project was organized by The Bubbler at Madison Public Library with funding from the Madison Arts Commission.

Special thanks to the site property owners EMI Enterprise Management, Gingrich Construction for the scaffolding, and countless volunteers and community members who helped make this a reality. 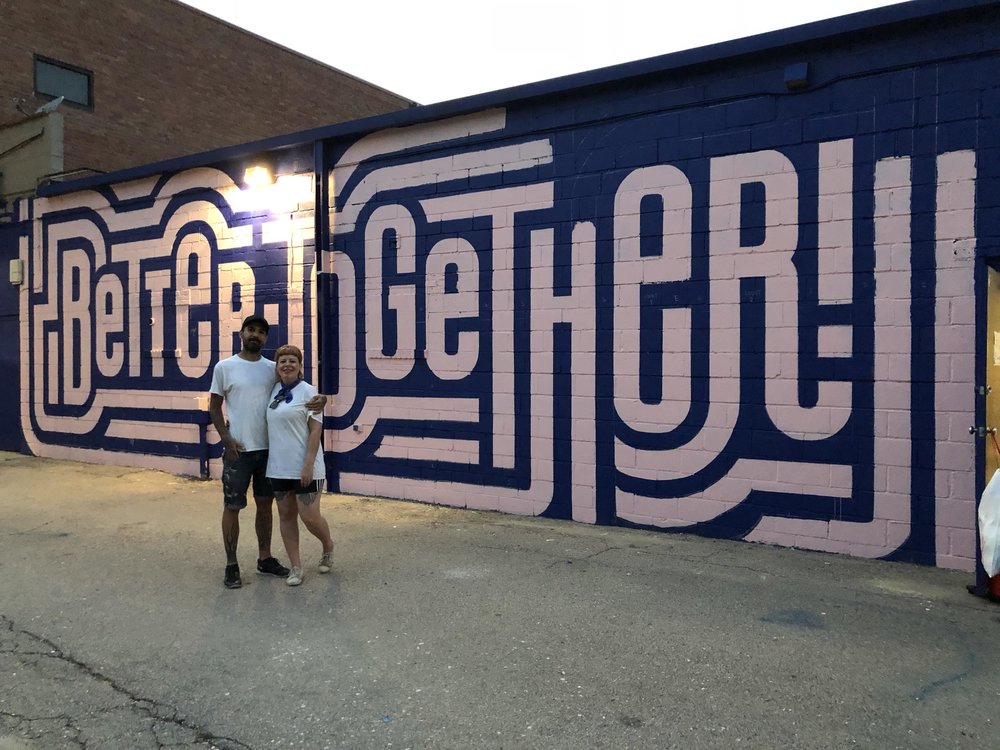 This mural was designed and painted by the Brazilian, Brooklyn-based artist team of Zimbardi and Calomino, along with Brazilian, Madison-based artist Henrique Nardi. The phrase Better Together comes from the idea that while there are many things that work to divide people in our society (from political viewpoints to backyard fences), it is good to be reminded that we can accomplish more when we work together. Nardi worked with teens at the Dane County Juvenile Detention Center on type-based workshops in relation to this mural. 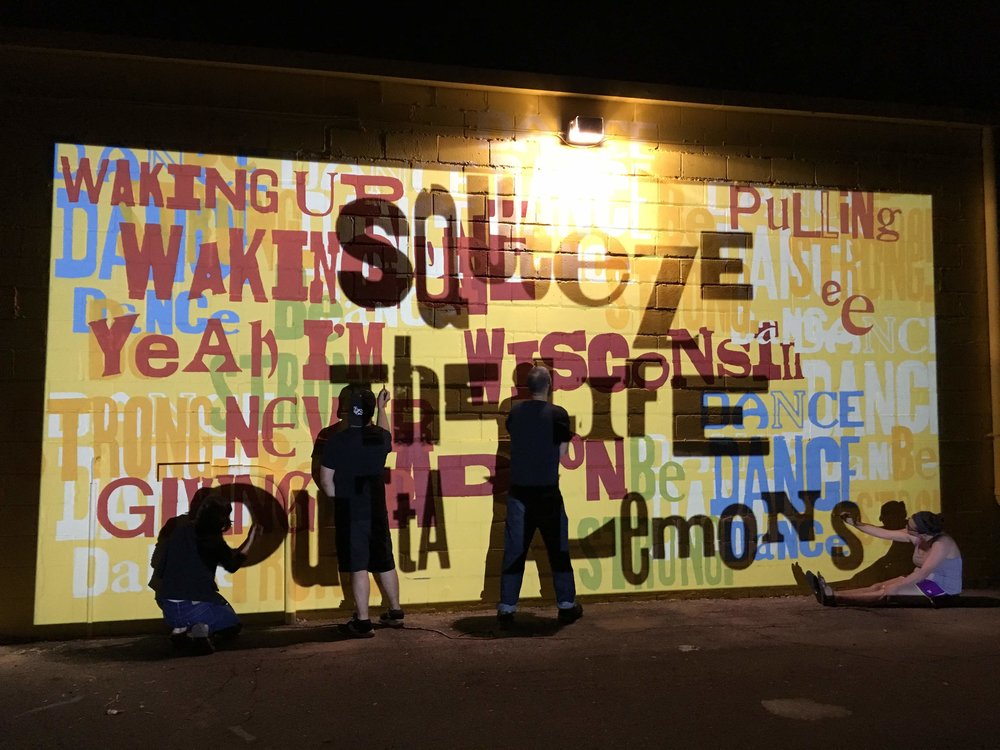 This mural was designed by Detroit-based artist Amos Paul Kennedy and painted by a huge number of volunteers and Bubbler staff, along with artist Andy Villanueva. The text all comes from multiple Teen Bubbler workshops ranging from song writing to letterpress with the main layer of text being written by James Horton Jr. (SooDoNiM), Jalen McCullough (Protege the Pro), Corey Dean (Soup the Fifth), and Tyler Brunsell (Worthy). 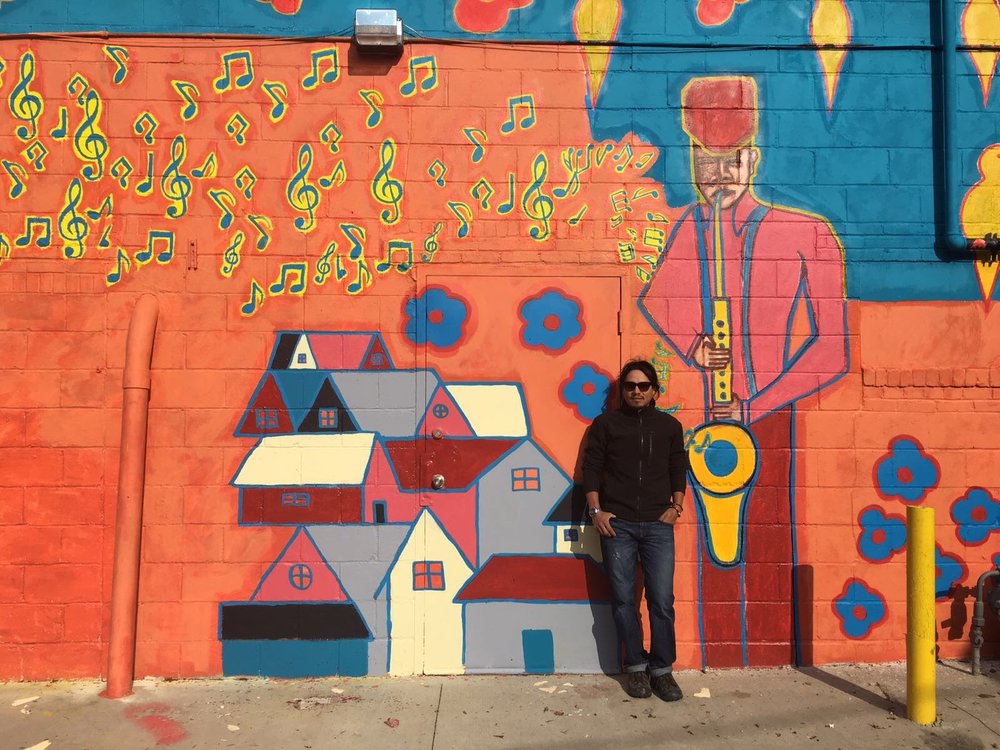 This mural was designed and painted by Guatemala & Madison-based artist Richie Morales. Richie worked with teens at the Dane County Juvenile Shelter Home to interpret the joy of summer in Madison. Morales says, "I integrated their symbols of birds, flowers, and houses with my own of the black musician. In my experience, so much of what is celebrated as U.S. mainstream culture, music, and art has a black origin - much of the time left unsung. So this is our 'Canto a Madison.'" 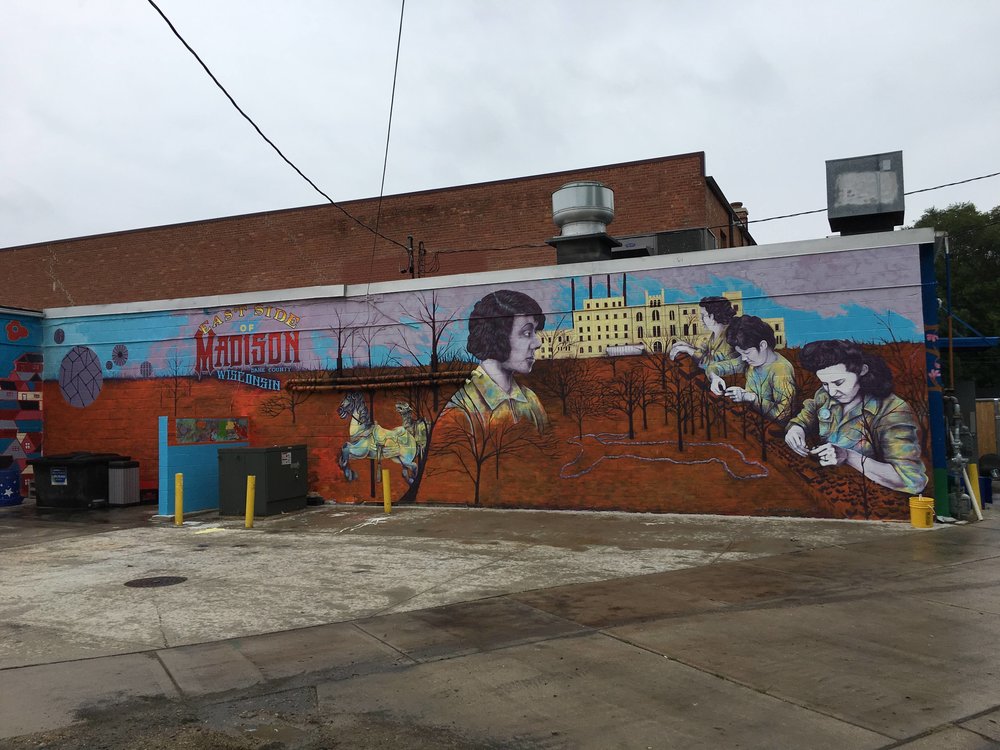 This mural was designed and painted by Viroqua-based artist Pete Hodapp. Pete worked with teens at Capital High during multiple workshops to research and depict the history of Madison's East Side. Depictions include Ray-O-Vac workers, U.S. Sugar/Garver Feed, Effigy Mounds, Ella's Deli Carousel, and the main image of Freddie Mae Hill who was the first African-American resident of Madison to graduate from the University of Wisconsin-Madison. 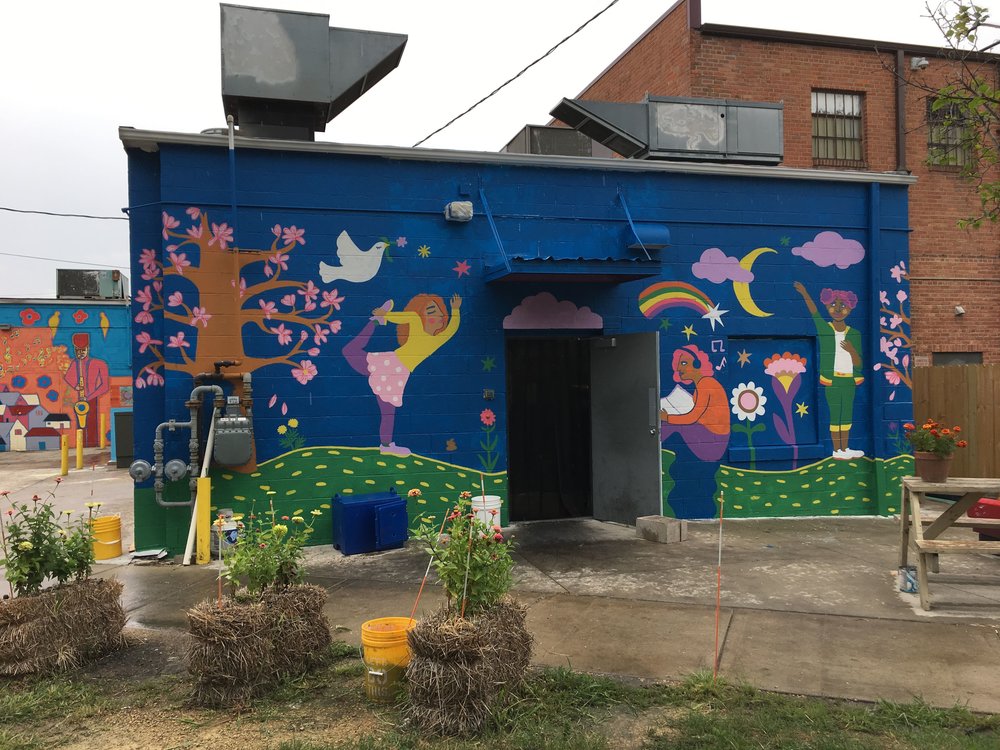 This mural was designed and painted by Madison-based artist Lesley Numbers. Lesley worked with teens from Goodman Community Center Girls, Inc. to design a mural that was inspired by sources as varied as A Wrinkle in Time, March for Our Lives, and Beyonce. Many mural-planning sessions revolved around current topics the teens felt passionate about, as well as conversations around the theme of what it means to take care of yourself, your environment, and of one another.

Read more about the project at madisonbubbler.org/madison-mural-alley