There are so many ways to celebrate the beauty of autumn. For many, it involves getting out cozy sweaters and adding pumpkin to everything. For some of us, it means our reading turns a bit darker. What better way to get in the Halloween spirit than to start an October horror novel binge?

I’m a late convert to podcasts. When everyone else jumped on board three years ago and was listening to Serial, I wasn’t. I can’t even tell you why. I do like true crime stuff and I’m a bit of a news junkie. But I haven't been an audio-type person (not audio books anyway). So the podcast world was passing me by. Until recently. After a friend showed me how easy it was, I dove in. Thanks to Beth, I’ve developed a nice list of ‘casts that I regularly listen to, some (though not all) of my current favorites include:

The National Book Award was established in 1950. It is an American literary prize administered by the National Book Foundation, a nonprofit organization. Every year, the Foundation selects a total of twenty Judges, including five in each of the four Award categories: Fiction, Nonfiction, Poetry, and Young People’s Literature. First there is a long list, then a finalist list, and then the winners for each category are announced in November. 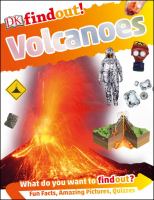 A review of Volcanoes by Maria Gill

Let’s face it; some kids prefer to read non-fiction.  These are the kids who are fascinated with almanacs and world records books.  If you’ve got one of these kids in your house, check out the new DK findout!

A review of The Wendy Project by Melissa Jane Osborne

Wendy Davies is driving along a lake road with her two younger brothers Michael and John when their car skids off a bridge and into the water. One of Wendy's brothers is missing after the accident - he's just plain vanished.  \Did Michael survive the crash and wander away? Has he drowned in the lake? Wendy blames herself for the accident. Her family is in crisis. It's all confusing and impossible to come to terms with. What follows is the torturous response to the accident:  the journal that Wendy keeps for her therapist.

The end of the year is closing in upon us, and so too is the publishing year. But there are still plenty of great titles coming to shelves this fall, so let’s get to the highlights:

A review of You Don't Have to Say You Love Me: A Memoir by Sherman Alexie

If you’ve read the wonderful children’s novel The Absolutely True Diary of a Part-Time Indian you know the PG version of Alexie’s life story growing up on the Spokane Indian Reservation in Wellpinit, Washington. You Don’t Have to Say You Love Me is the adult version, and it’s beautiful, haunting, devastating, and raw. When his mother Lillian died in 2015 he began writing this book. She was a complex woman: brilliant, an amazing quilter, cruel at times, and damaged by growing up Native in these United States. Unlike her son, she did not attain her dreams. I k 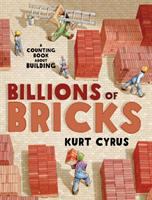 A review of Billions of Bricks by Kurt Cyrus

Billed as a counting book, Cyrus brings much more to this artful picture book.  We count bricks by ones, fives, tens and twenties.  Readers also learn how bricks and mortar are made, and are treated to the math, science, design and artistry involved in bricklaying.  The rhyming text invites repeated read-alouds. And the photo-realistic illustrations are worth multiple visits as well, with a racially diverse cast of characters that range in age from children to grandparents, all sporting hardhats and coveralls and fully involved in the building.

A review of FukuFuku by Kanata Konami

Going back over time, I calculate that I've read and written about at least six different cat comics or children's graphic novel series on MADreads.  This does not include a childhood spent reading Garfield.  This does not include my recent (personal) purchasing and reading of the new "Grumpy Cat/Garfield" comic series.  Who knew that Grumpy Cat and Garfield knew each other?!?!?  It's an amazing world!!  I guess what I'm trying to say is that there's a wealth of this kind of material out there and I celebrate it.  All of it.

A review of Gone to Dust by Matt Goldman

PI Nils Shapiro has seen some dirty crime scenes, but none like this. In an otherwise immaculate house in Minneapolis’s snobbiest suburb, there are heaps of vacuum bag dust—and under one of those heaps is the corpse of Maggie Somerville, freshly divorced and Edina’s first murder victim in decades. The killer obviously knew what he/she was doing—the presence of so much dust makes forensic analysis impossible and an overnight snowstorm obliterated any exterior trails. This seemly impossible case is the set up for Matt Goldman’s debut Gone to Dust.