A review of Kick Kennedy: The Charmed Life and Tragic Death of the Favorite Kennedy Daughter by Barbara Leaming

Very interesting look at the life of Kathleen Kennedy. I knew her name but that was about all before I started reading this biography on the recommendation of a friend. Kick and her brother Joe Jr. had a lot in common as favorites of their father Joseph Kennedy, they both had in many ways a silver spoon existence with a lot given to them materially and in status. But along with that came the pressure to live up to their father’s expectations, and yet somehow also establish themselves as individuals. And World War II gave them both the chance to do so.

A review of The Unhoneymooners by Christina Lauren

Christina Lauren's latest book is a hilarious story of two enemies who are forced to share a honeymoon package together in Hawaii. Olive Torres is her twin's exact opposite: Ami wins lots of paid contests, including several funding her entire wedding and honeymoon, while Olive is more likely to have disastrously bad luck. When some bad seafood sends practically the entire wedding to the hospital, Olive reluctantly agrees to use Ami's honeymoon package so as not to waste a nice vacation. 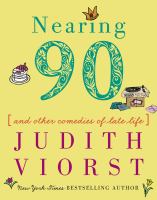 Celebrate National Poetry Month by reading some poetry. Throughout the month of April I thought that I would feature some new poetry titles over the whole month, doing four posts. Poetry isn't everyone's cup of tea, but you never know, there may be a poetry book out there for you. So check out part 2 of some of the new and upcoming poetry books listed below. 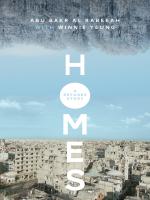 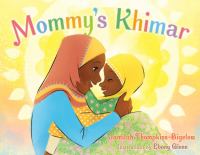 A review of Mommy’s Khimar by Jamilah Thompkins-Bigelow

A young girl revels in the many khimars (also sometimes called hijabs) in her mother’s closet. She loves the colors, the fancy decorations, and all of the possibilities for play.  She dresses up in a yellow khimar and imagines herself a queen, a bird and a superhero! She loves the cozy comfort of the smells of her mother lingering in the khimar. In clear, simple language, this "own voices" book shares one aspect of the everyday life of a Muslim family. Whether your family is Muslim or has never heard the word “khimar” this book is a perfect bedtime read.

It's March and the Lakeview Mystery Book Group has read and discussed three titles so far this year. Thus I'm prompted to come to you with a first quarter book report.

A review of Unmasked by Andrew Lloyd Webber

OK, I like - no I love musicals. Even though a lot of the time this demands a certain suspension from reality—I mean, how often do you see someone bursting into song and dance and no one notices?  But I grew up watching Fred Astaire and Gene Kelly with any of their partners, have watched The Sound of Music too many times to count, and look forward to any announced new musicals (very few these days at least in film) but can always hope.

A review of The Cardboard Kingdom by Chad Sell

The Cardboard Kingdom is a middle grade graphic novel about a group of kids that transform their backyards one summer to create an entire kingdom complete with dwellings, costumes, personas and the best adventures of their lives.