A review of Razorblade Tears by S. A. Cosby

Sometimes when I read a book that is stellar I'm a little nervous about writing a review. I fear that I will not be able to capture the magic of the book and do it justice. Razorblade Tears is just such a book. And yet here I am and here's the deal: It's a book that is getting all the buzz, being named on all the "best of the year so far" lists, and will definitely be an award-winner (in fact it may already be nominated for something). So whatever I write here, know that this is a book you should read.

A review of Measuring Up by Lily LaMotte and Ann Xu

Cici's family moves from Taiwan to Seattle when she's twelve and it's a shocking adjustment. They leave her A-má (grandmother) and many traditions behind. Cici is determined to bridge the gap by exploring more American customs and cuisine and by vowing to bring her A-má to Seattle in time for her 70th birthday. 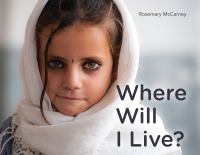 A review of Where will I live? by Rosemary A. McCarney

People all over the world are often forced to leave their homes. Sometimes they leave because of war, hunger, or disaster. Sometimes they leave to find better opportunities. But the question that comes next is always “Where Will I Live?” In this photo-story children from all over the world are depicted as they leave their old homes and journey to find new ones. No matter where someone comes from we all need the same things: a place to sleep, food to eat, and someone to love us.

A review of The Opposite of Everyone by Joshilyn Jackson

Since I came across gods in Alabama a dozen or so years ago, I’ve been a fan of Joshilyn Jackson. Her writing is so enjoyable, witty and astute, her characters unconventional but winning, that I always look forward to her books. The Opposite of Everyone didn’t let me down. The narrator, Paula Vauss, is a hard-edged, biracial divorce lawyer in Atlanta, known for making the bad guys pay up.

A review of Palace of the Drowned by Christine Mangan

Christine Mangan's first novel Tangerine had Patricia Highsmith vibes. Fair commentary. A description even more true I'd say in this, her sophomore effort in which author Frances "Frankie" Croy travels to Venice to lick her wounds and meets an engaging young woman who inserts herself into Frankie's life with dire results. 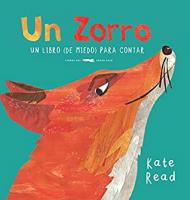 Moira is a senior in high school when her best friend, Nathan, dies of cancer. Nathan was not only her best friend, he was Moira’s only friend, the only person she thought she needed or wanted in her life. Before Nathan got sick, Moira spent more time with him and his family than her own. After he was diagnosed with cancer, she started skipping classes and meals to spend every minute she could with him. Moira’s world crashes when Nathan dies, and her parents are at a loss as to how to help her. They decide to send her to Castle School, far from home, deep in the woods of Maine. 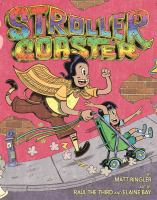 A review of Strollercoaster by Matt Ringler

One cranky preschooler plus one desperate dad, a purple stroller and an urban landscape, equals a ride as exciting as any tilt-a-whirl. Strollercoaster is an invention created by Matt Ringler for his own daughter when the daily frustrations got to be too much, and an exciting distraction was just the ticket.

A review of Fortune Favors the Dead by Stephen Spotswood

Mystery devotees could long argue over what period represented the peak era of American noir/mystery writing, but it’s likely all would agree that the 1940s would be high on everyone’s list. With such luminaries as Rex Stout, Raymond Chandler, and Dorothy Hughes established and up and comers Mickey Spillane and Jim Thompson making their mark in the pulp magazines, the culture of World War II America was ripe for literary inspiration.

Booklist puts out many top 10 lists. Below is the current one for memoirs. They include facing serious illness, family struggles, family tragedies, racism.