A review of The Thing About Luck by Cynthia Kadohata

This book gave me a glimpse of new and different experiences - while also being very relate-able. It brought up topics that most teens experience - issues of friendship and homework - which helped me further connect to the story and drew me in. I also enjoyed the fact that it wasn’t annoyingly predictable. You didn’t always know what was coming! Other books by Cynthia Kadohata include Outside Beauty, The Floating World, A Million Shades of Gray, and many more.

A review of When She Woke by Hillary Jordan

"When she woke she was red. Not flushed, not sunburned, but the solid, declaritive red of a stop sign."

Posted by Jane J on Sep 5, 2017
A review of The Relatives Came by Cynthia Rylant

Summer comes to a close and it feels like there just isn’t anything NEW to do before school starts.  How about revisiting something from the past?  August is a great time to slow down and seek out older books that may have been overlooked.   The Relatives Came  by Cynthia Rylant, 1985, Bradbury Press, New York is an exuberant celebration of summer, gardens, travel and most of all….Relatives!  A family drives a long distance to attend a reunion.   The excitement of the journey grows until finally they reach their destination.  And then the hugging begins, as well as the fun of sharing summer

A review of True Crime Stories by
Do you like reading about actual cirmes?
Posted by Kathy K on Aug 31, 2017 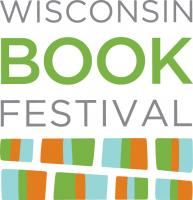 A review of Hugo Awards Announced by

The 75th World Science Fiction Convention took place a week ago and the winners of their awards, the Hugos, were announced on August 11th and some great choices were made.