A review of The Ethan I was Before by Ali Standish

Ethan and his family are getting a fresh start in the hot, coastal town of Palm Knot, Georgia, or at least they are trying to. While there's a promise of finding new friends and rebuilding family relationships, Ethan's guilt of who he was and what he did continues to haunt him. Whispered phone calls at night, family secrets and the secrets of his possible new best friend, Coralee, ultimately contribute to Ethan's understanding of the importance of remembering and forgiveness. This is a capably written story that discusses death, forgiveness, and the effects of guilt on a young mind. 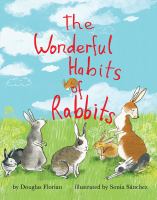 A review of New Board Books by

Bim! Bam! Boom!, Frederic Stehr
With fresh language, Stehr revisits an activity as old as kitchens and toddlers – the pots and pans band.

The Wonderful Habits of Rabbits, Douglas Florian
Join a family of playful bunnies as they cavort through their day, and then settle in for snuggles at bedtime.

Skip to the Loo: a Potty Book, Sally Lloyd-Jones & Anita Jeram
All of the animals are using their potties.  This celebration of successful transitioning to using the potty can be sung as well as read.  And the illustrations are adorable!

A review of Five Flavors of Dumb by Antony John

"For the record, I wasn't around the day they decided to become Dumb. If I'd been their manager back then I'd have pointed out that the name, while accurate, was not exactly smart. It just encouraged people to question the band's intelligence, maybe even their sanity. And the way I saw it, Dumb didn't have much of either."

A review of Mystery Winners by

The Mystery Writers of America bestowed their annual Edgar Awards April 26, recognizing the best in crime writing in several genres and formats. The evening's top prize for fiction went to Attica Locke's Bluebird, Bluebird, an East Texas set whodunit featuring a black Texas Ranger investigating the deaths of a black man and a white woman that soon promises to unearth long-buried romantic and racially motivated crimes. 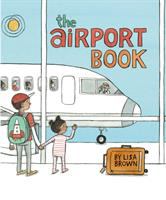 A review of The Airport Book by Lisa Brown

The Airport Book is perfect for anyone planning an adventure particularly if that adventure includes flying in an airplane!) or anyone who is curious about what happens at the airport.  Follow a family of four as they pack for their trip, take a taxi, go through airport security, board the plane, and fly all the way to Grandma and Grandpa’s!  This is one of those fascinating picture books that takes the reader behind the scenes, and each repeat read will offer new details and interesting tidbits to explore.
For ages 3 – 7

Even if you haven’t heard of trap music, you’ve heard it. A hip hop subgenre born out of the American south, with fast and hard drums and lyrics about the drug underworld, trap music has taken the world by storm — dominating all of hip hop, America’s most consumed music, and infiltrating pop music in general.

A review of Misfit City Vol. 1 by Kirsten Smith

This graphic novel series is set in Cannon Cove, where a popular adventure movie called The Gloomies was filmed in the 1980s. Decades later, fans of the movie continue to visit and annoy the residents who cater to the tourism with mild resentment. Then a cool group of teen "misfits" who begrudgingly live in the sleepy coastal town discover something unexpected, mysterious and adventurous: a pirate map belonging to the legendary Black Mary!