The Finn Who Would Not Take a Sauna

One of my favorite poems and poets.  Garrison Keillor makes poetry accessible to  all with his lightheartedness.  Keillor's delivery was masterful.    I remember hearing this for the first time on Prairie Home Companion radio show when I was in high school.  We listened as a family and we all laughed so hard!  (makes it sound like I grew up during the Great Depression...nope it was just the 70's.) 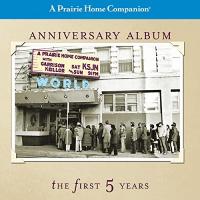 The Finn Who Would Not Take a Sauna

National Poetry Month was inaugurated by the Academy of American Poets in 1996. Over the years, it has become the largest literary celebration in the world with schools, publishers, libraries, booksellers, and poets celebrating poetry’s vital place in our culture. [taken from poets.org]

Madison Public Library is celebrating National Poetry Month by posting a poem a day throughout the entire month of April. Selections have been curated/contributed by the library's Poet-in-Residence - Angie Trudell Vasquez - and library staff.

Click through to each post to read the entire poem and find out why it was chosen.

You can also view past years' selections.