Home > About Madison Public Library
Back to top 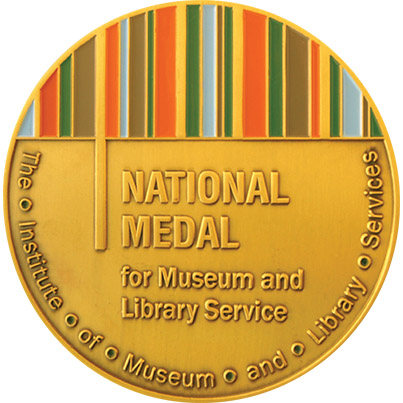 Madison Public Library accepted the 2016 National Medal for Museum and Library Service in Washington, D.C. on June 1, 2016.  First Lady Michelle Obama presented the award at a ceremony at the White House.

Library Director Greg Mickells accepted the award on behalf of Madison Public Library.  He was joined by community member Rob Franklin, known locally as Rob Dz, who shared how the library’s Bubbler program and Media Lab services have helped his music career, and how he has volunteered to share his talents with youth through the library’s Making Justice program.  They were joined at the White House by Tracy Kuczenski, library board president.

“The National Medal is truly a community achievement.  We are honored to accept this prestigious award that recognizes the dedication and hard work of our staff who work with many individuals and community partners who inspire Madison Public Library to create innovative, engaging programs that have a deep and long-lasting impact on our community,” said Library Director Greg Mickells.

For a complete list of 2016 recipients and to learn more about the National Medal winners, please visit https://www.imls.gov/2016-medals.

More About the Library